Trough Lake loop – sounds so much better than Goop Lake loop !.  I’d paddled a nearby river many, many times during the past 20 or so years, to the point that I was learn of going back to that area yet again. Oh – I was so pleasantly surprised how beautiful this route actually was – and why had I not been on it before.  Maybe, it was the name – Goop Lake loop that had deterred me. It sounds and looks much better called Trough Lake loop.

We left town on Friday June 24th. It is about an hour drive down the Ingraham Trail to Tibbet Lake where the loop starts. We went counter clockwise and camped a couple of km from the start. Next day, under clear sky and no wind, we had two short and then one long portage from the Ross River into Trough Lake through a 2014 forest fire.  No obvious route, just find your way over fallen trees and bare rock.  A quick lunch and swim at Trough Lake – then the weather changed.  It down poured for 90 minutes, and us still wet from swimming huddled into one tent.  After the rain ended, we decided to return back the same way as the wind was still quite strong and we would be in for a headwind paddle on a long lake.  Miraculous ? – as soon as we turned around and re-did the 1km portage though the burned area, the sun returned and the wind stopped. 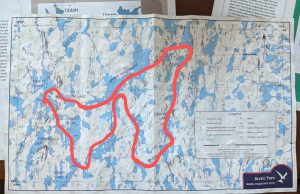 We took the northern route through Upper Thierry Lake and aptly named Goop Lake back to Tibbet Lake to the vehicles. All pictures taken with either a GoPro2 or Nikon D700. 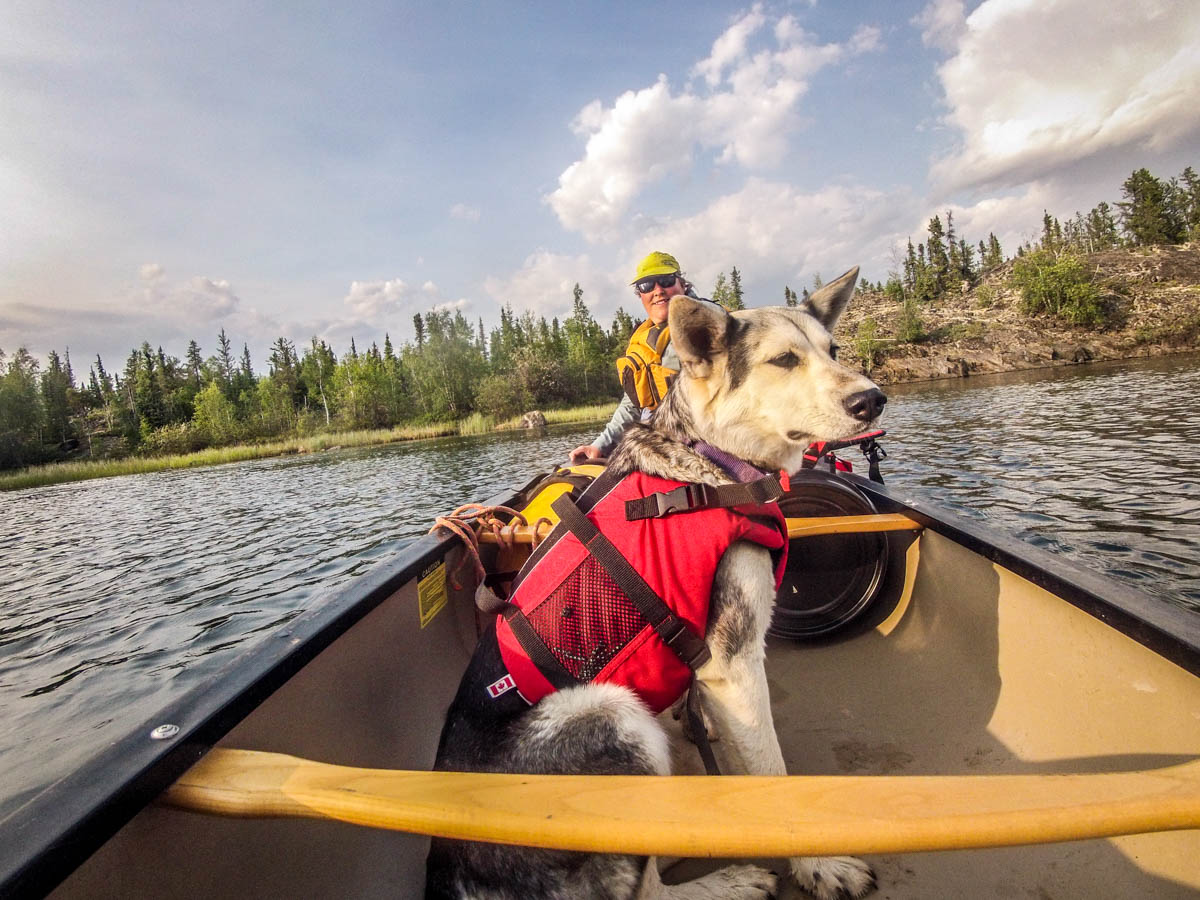 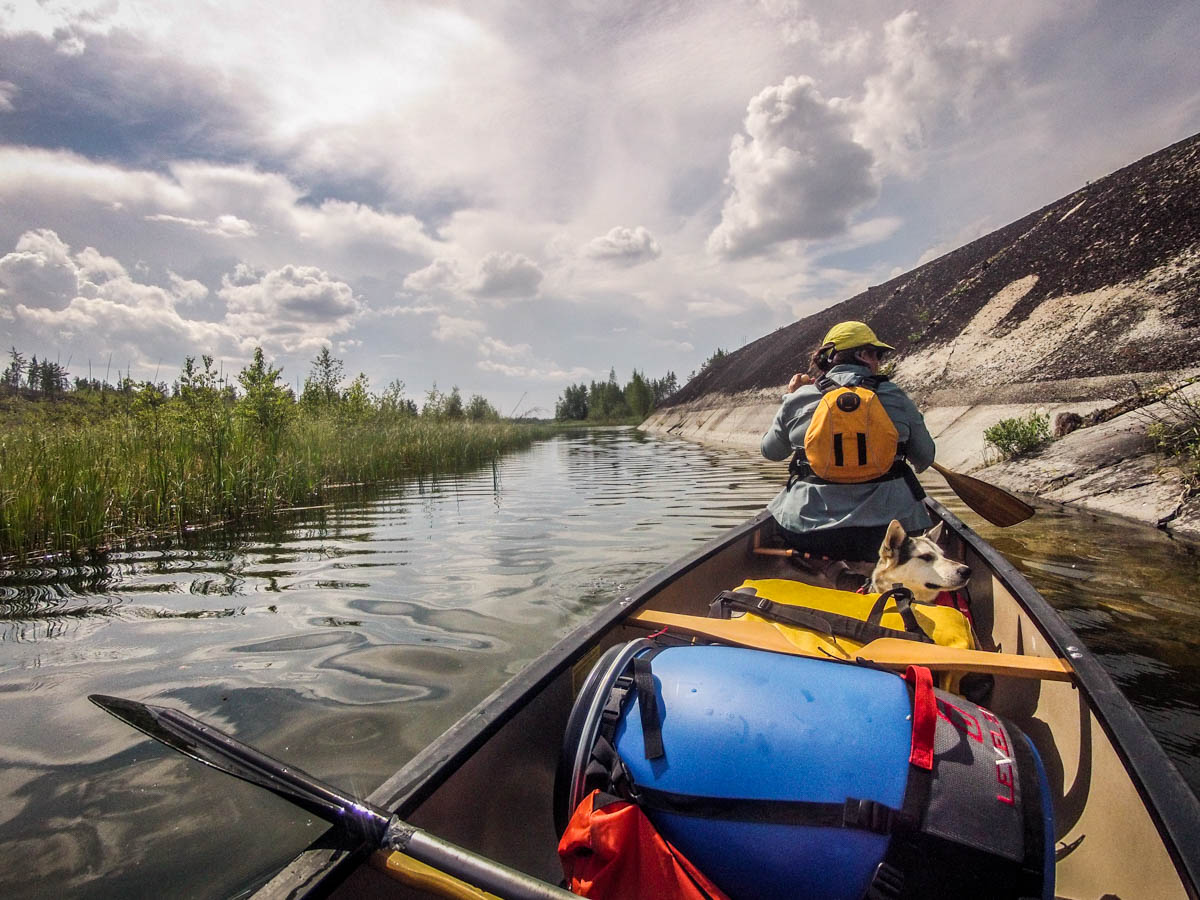 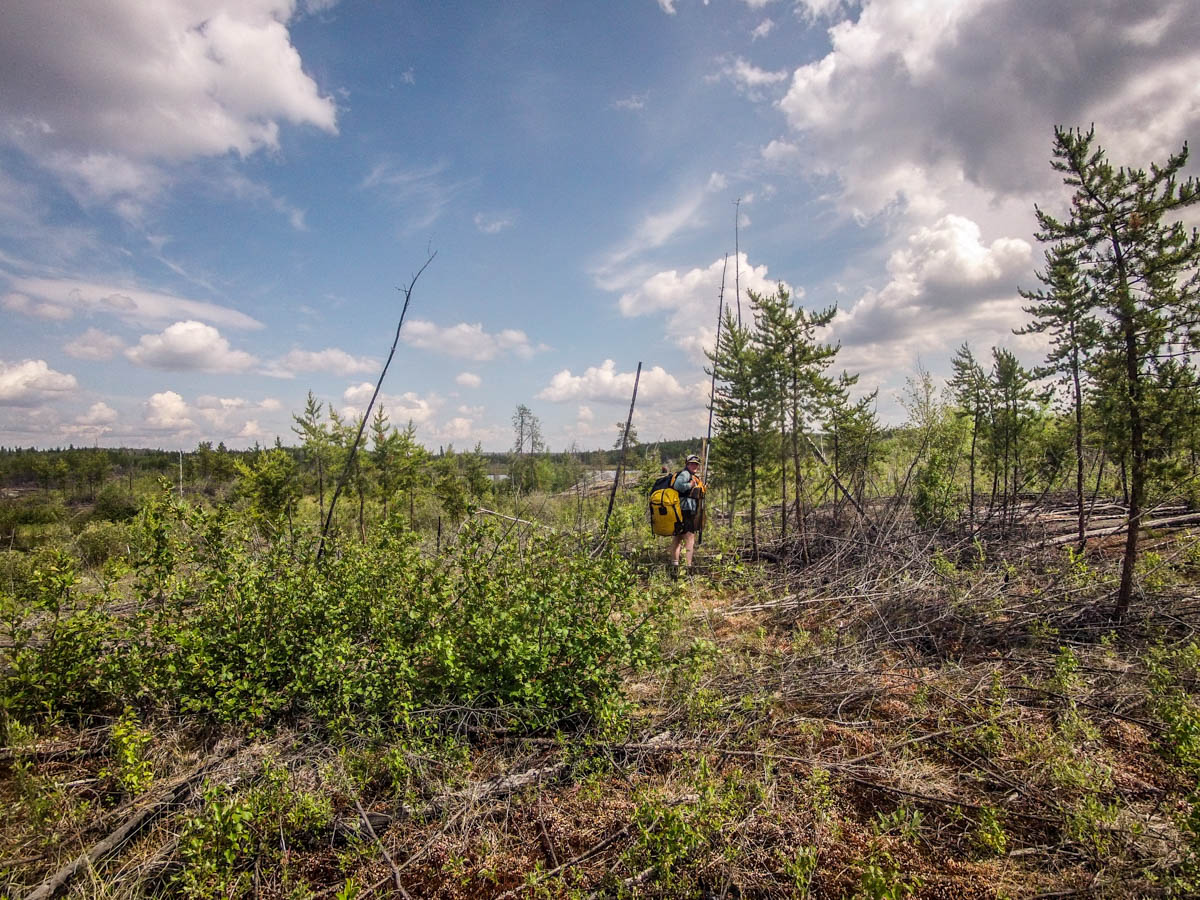 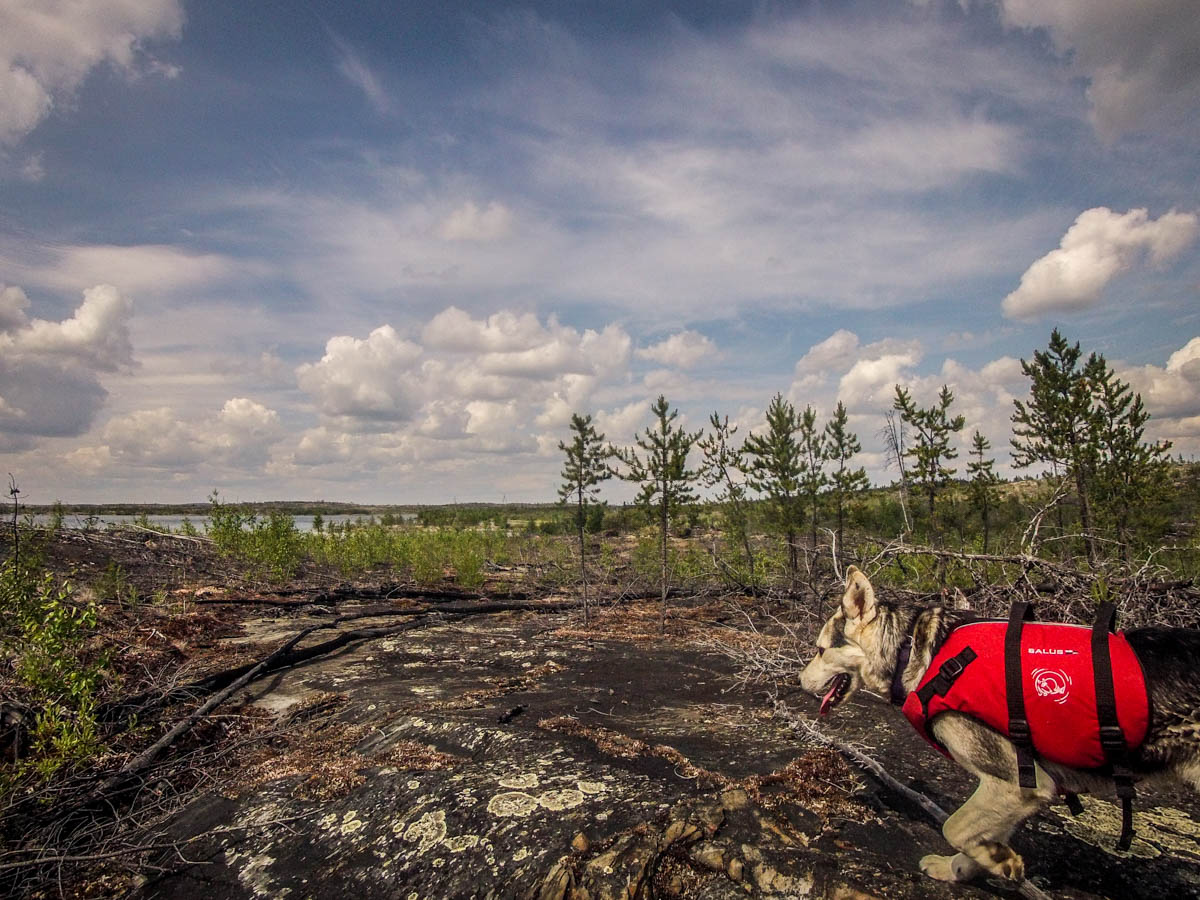 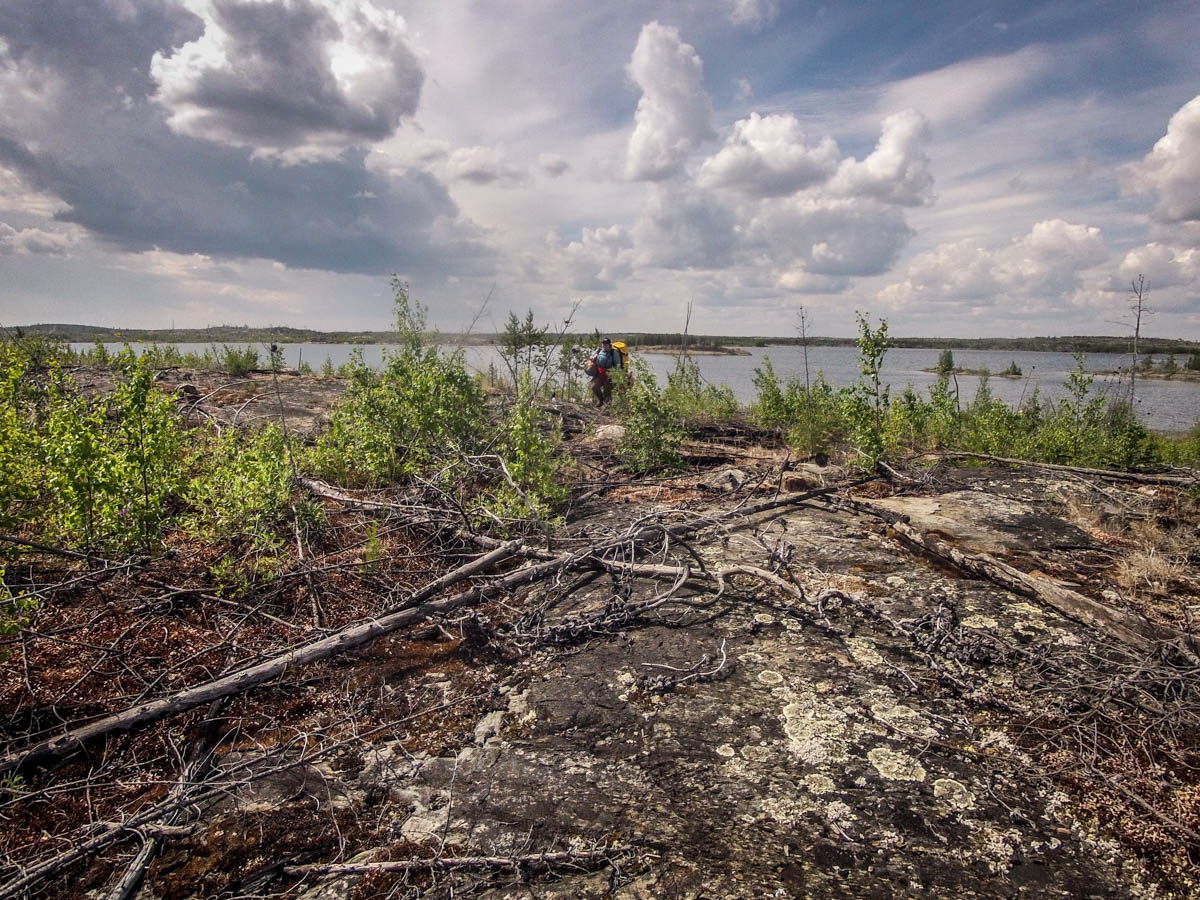 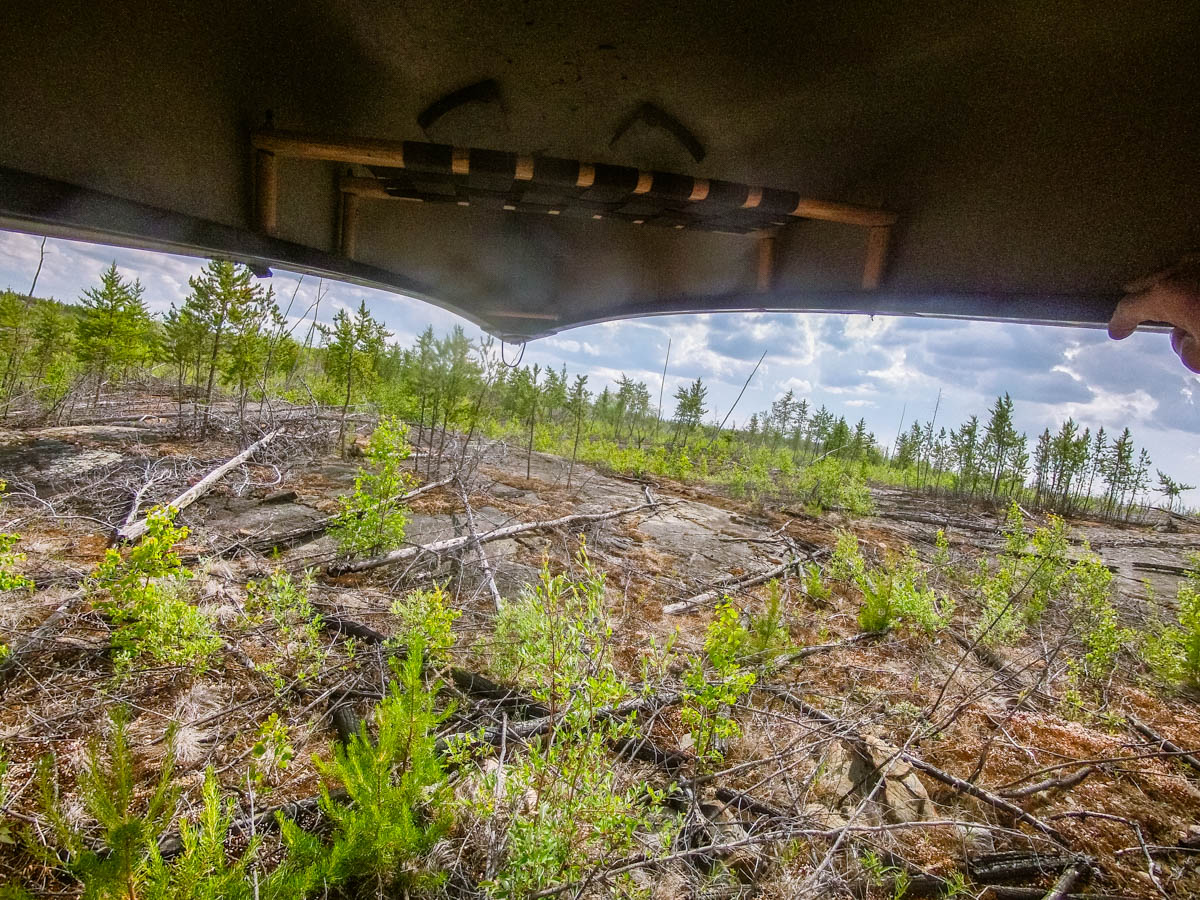 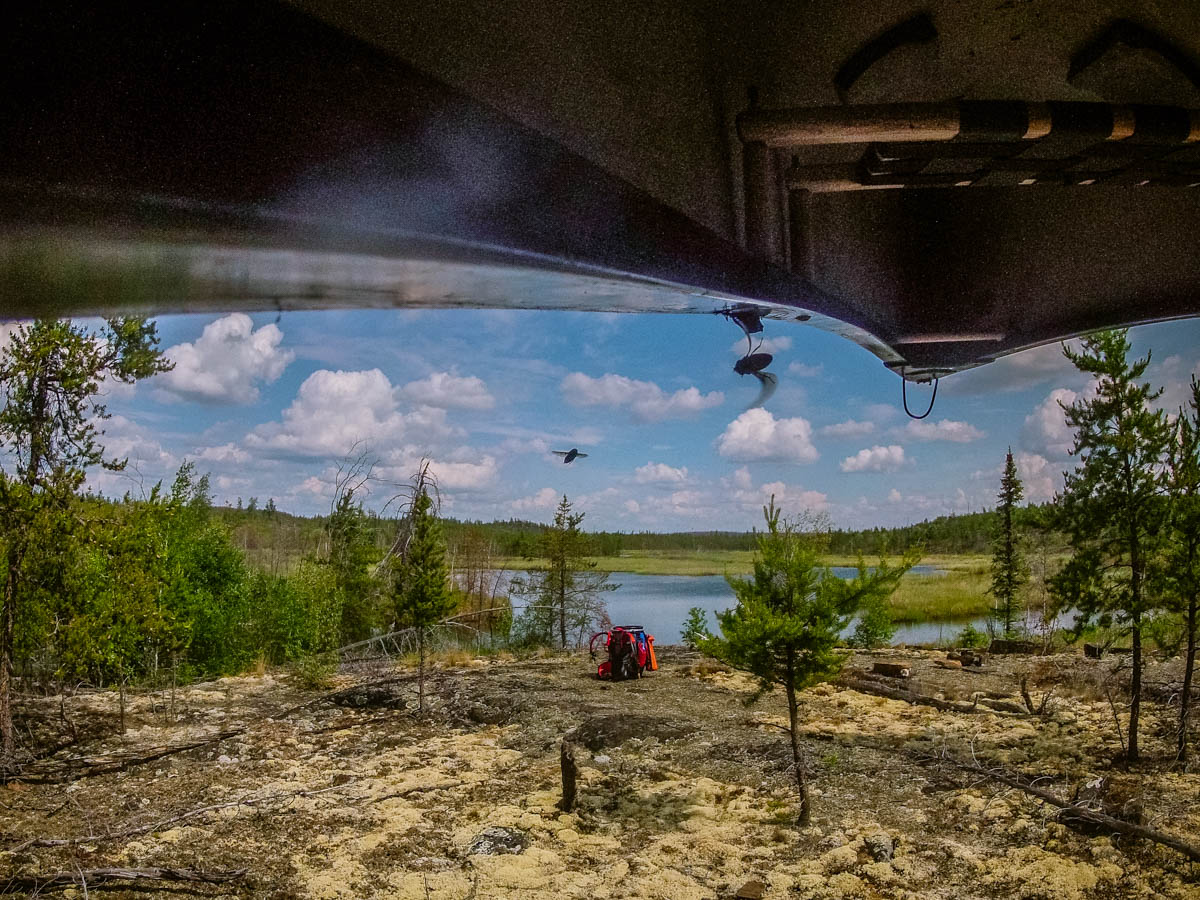 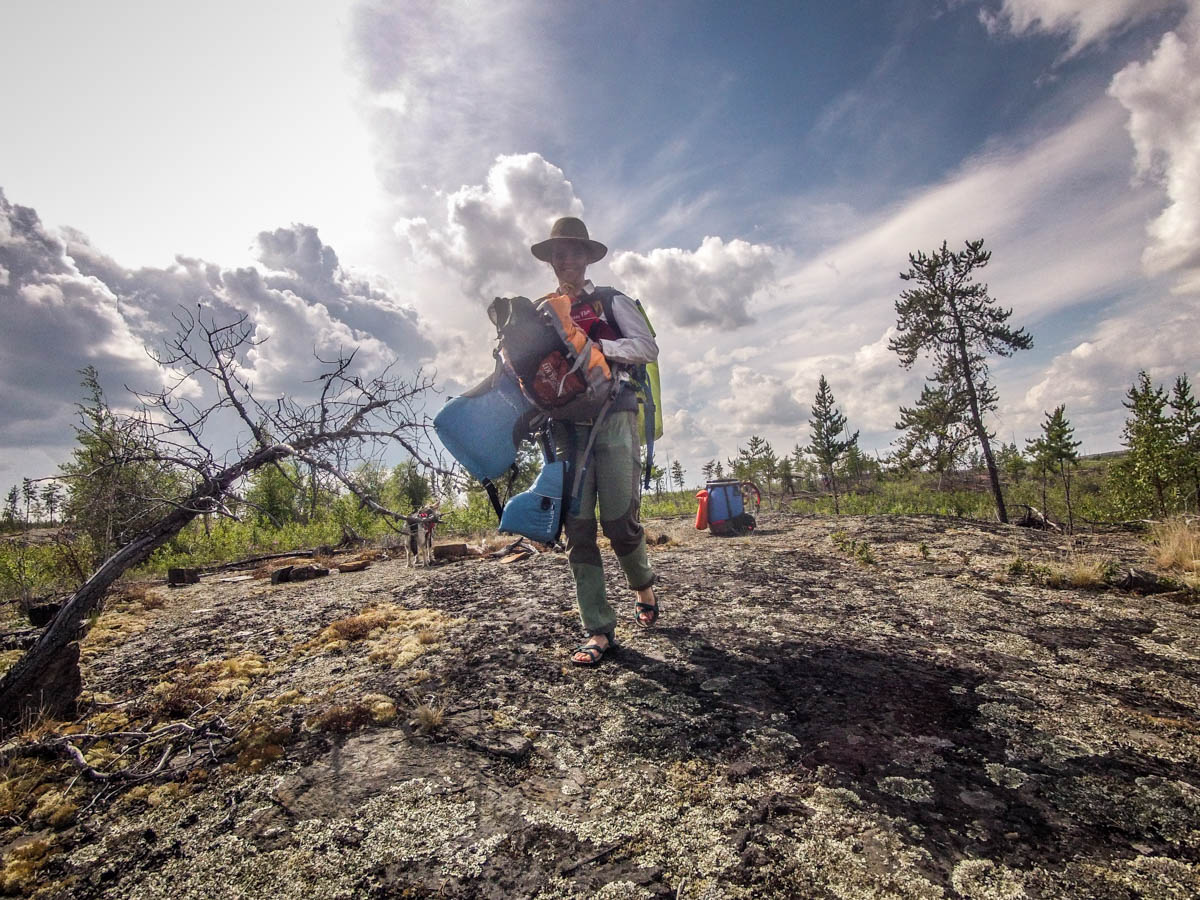 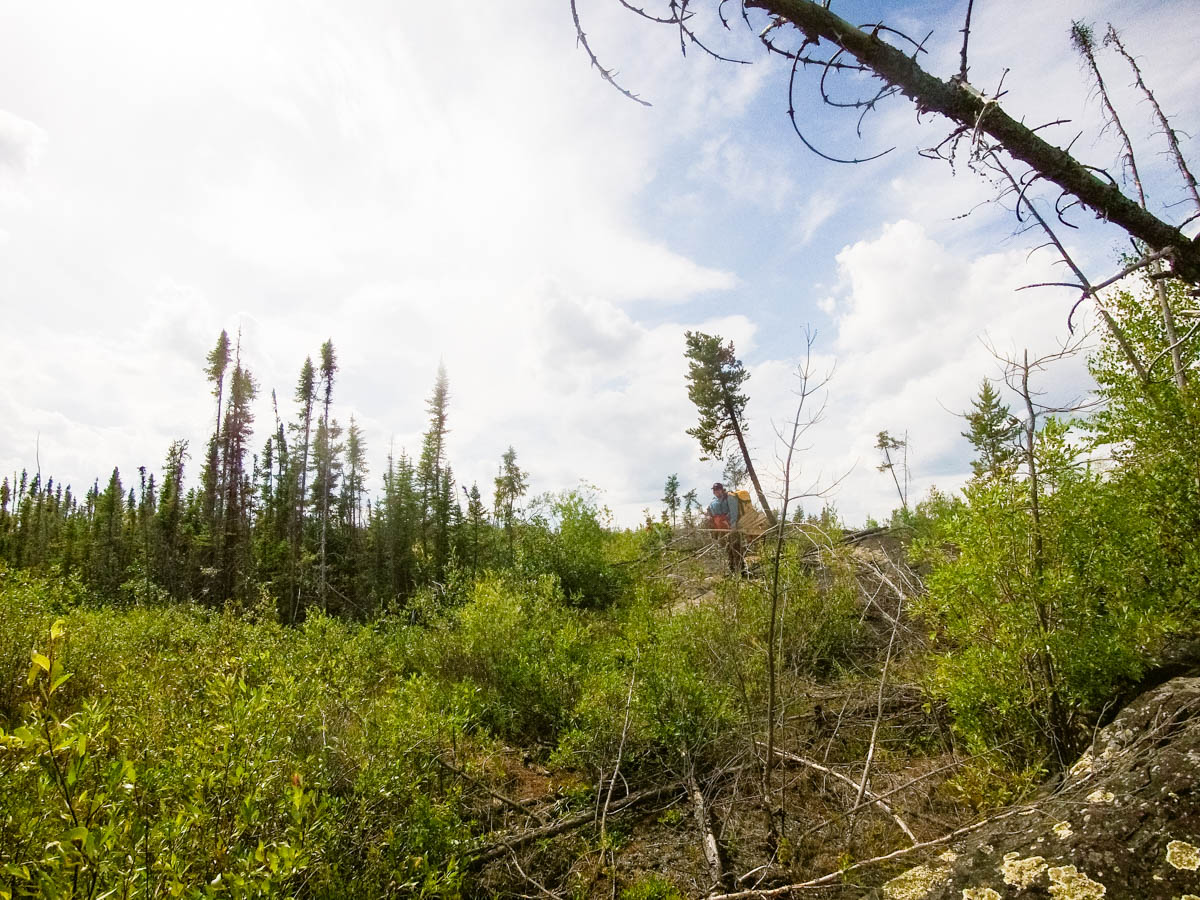 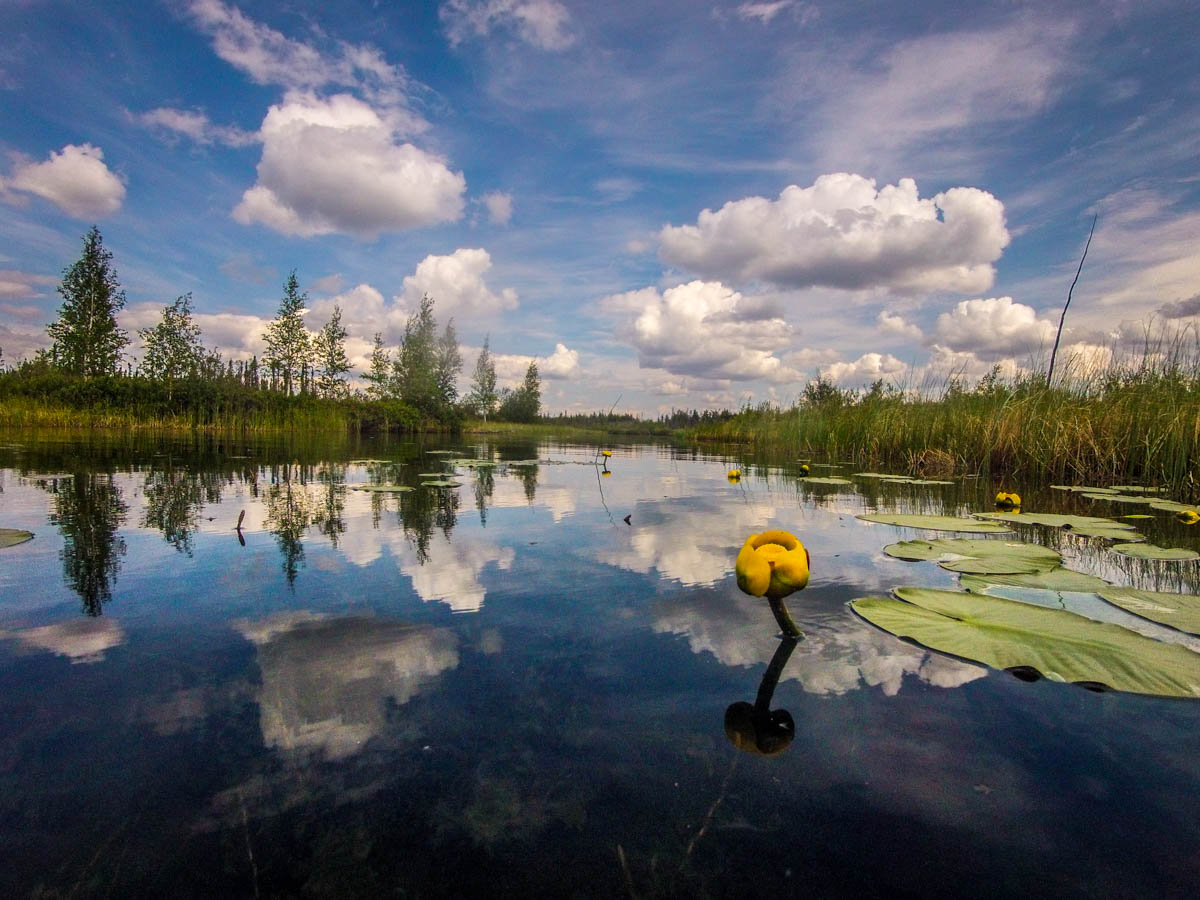 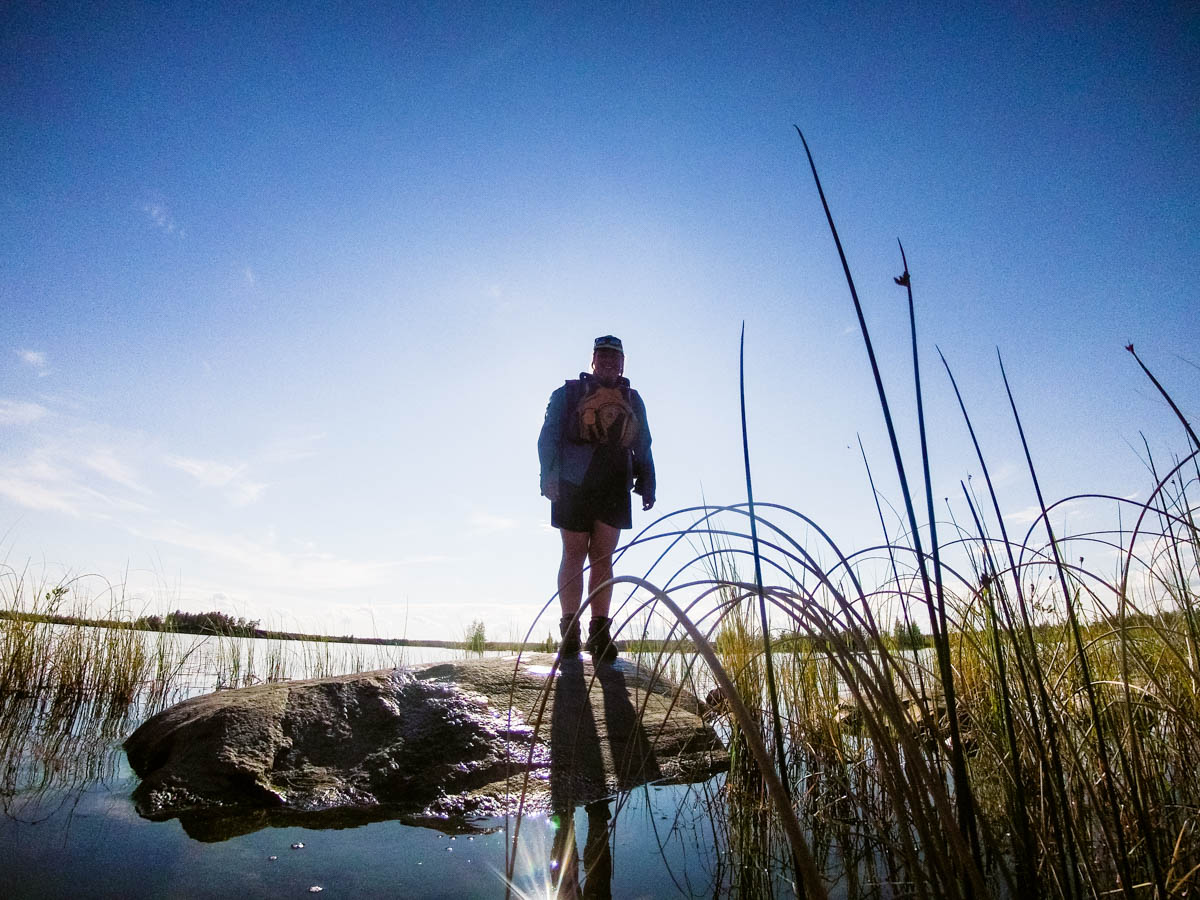 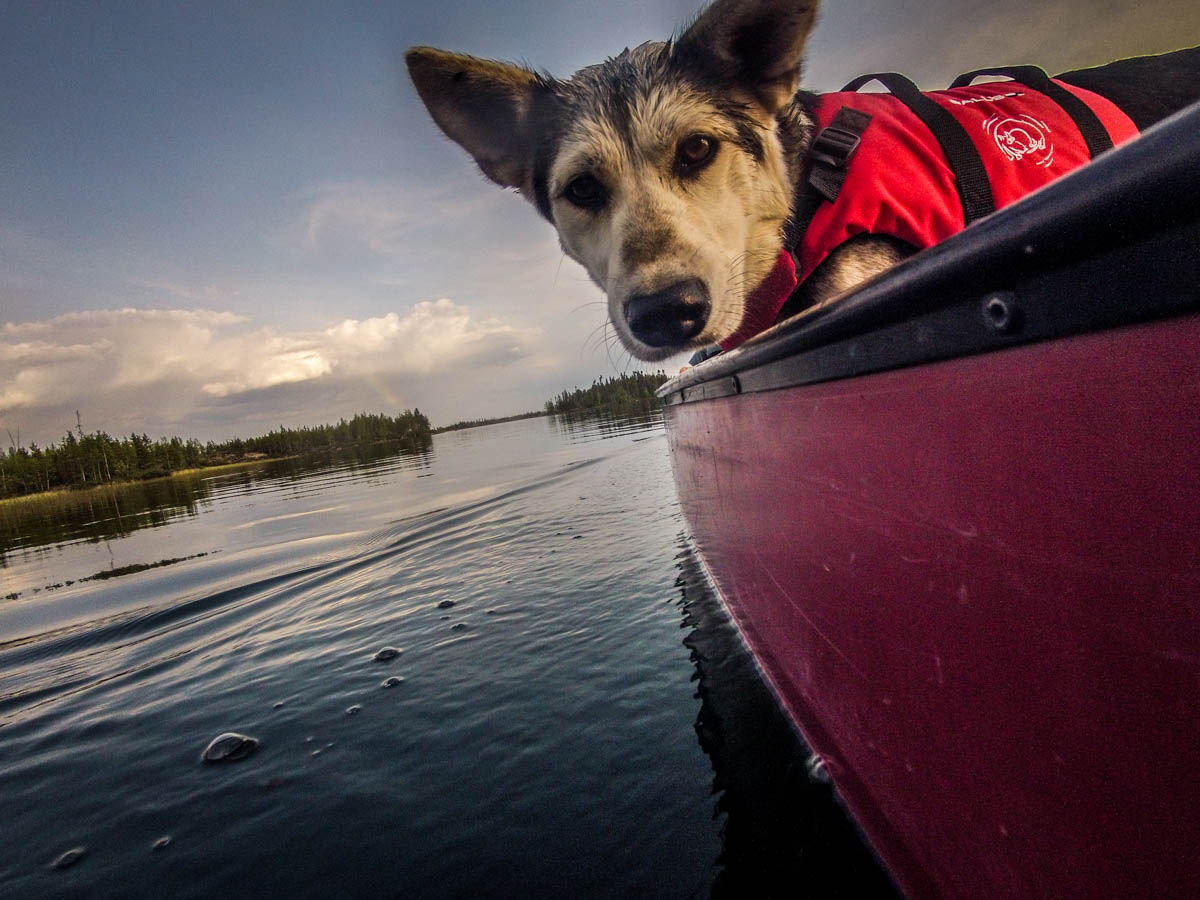 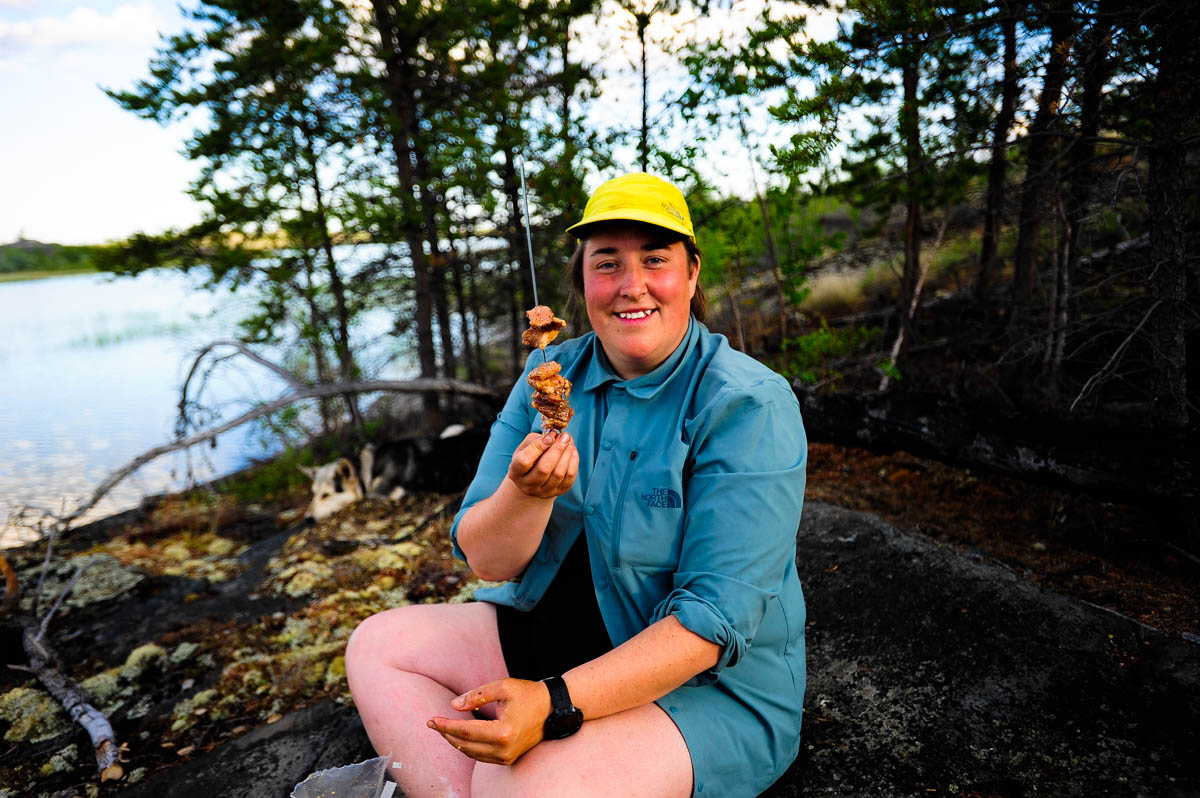 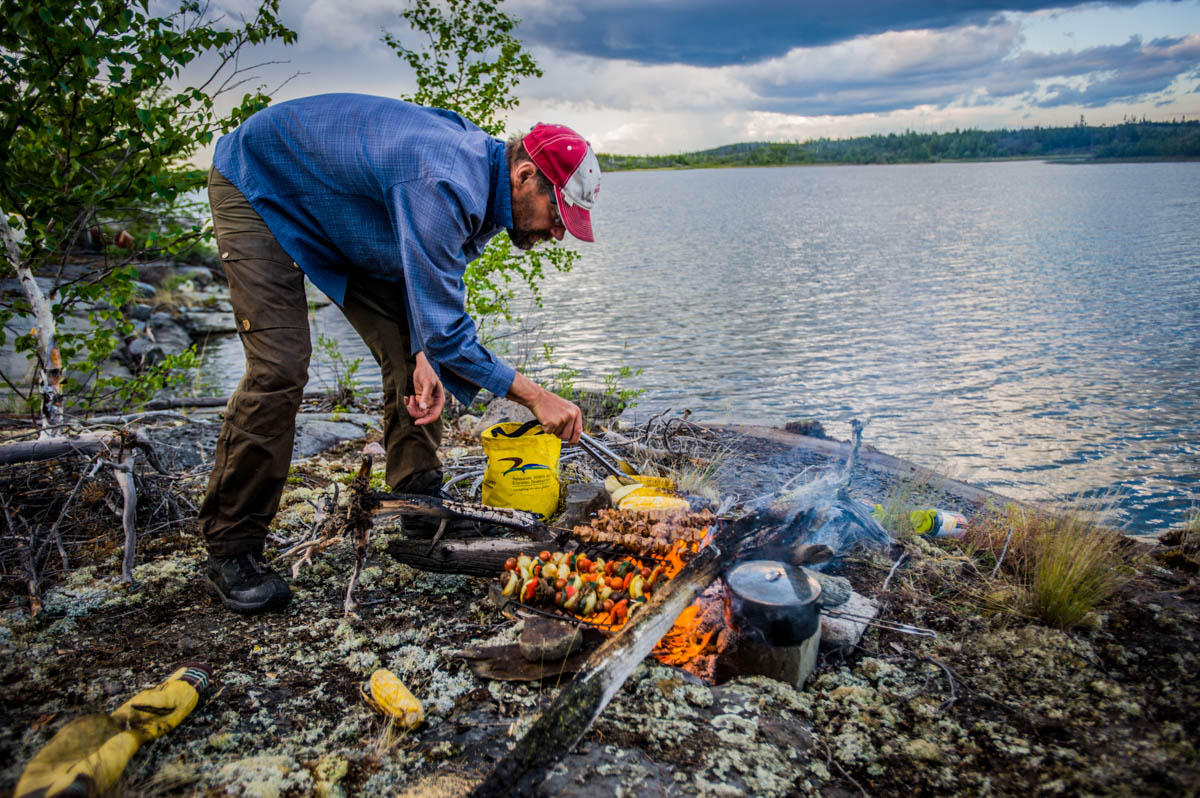 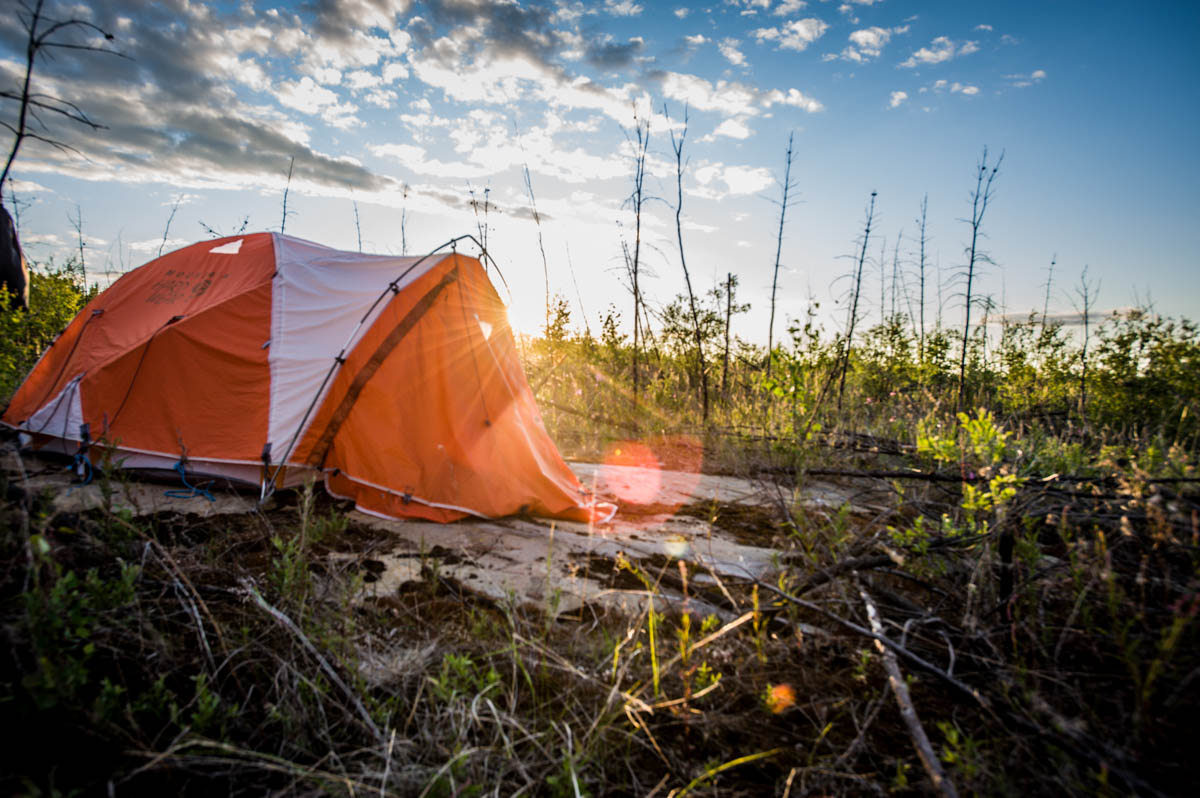 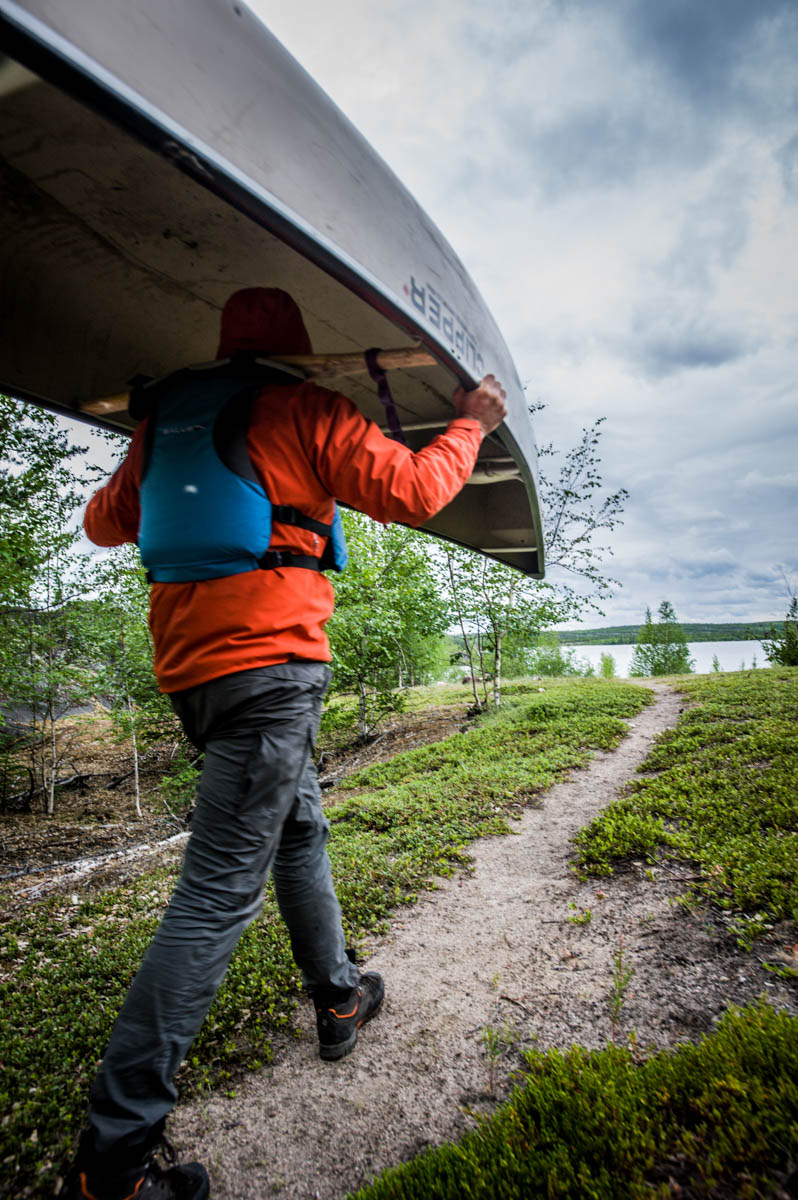 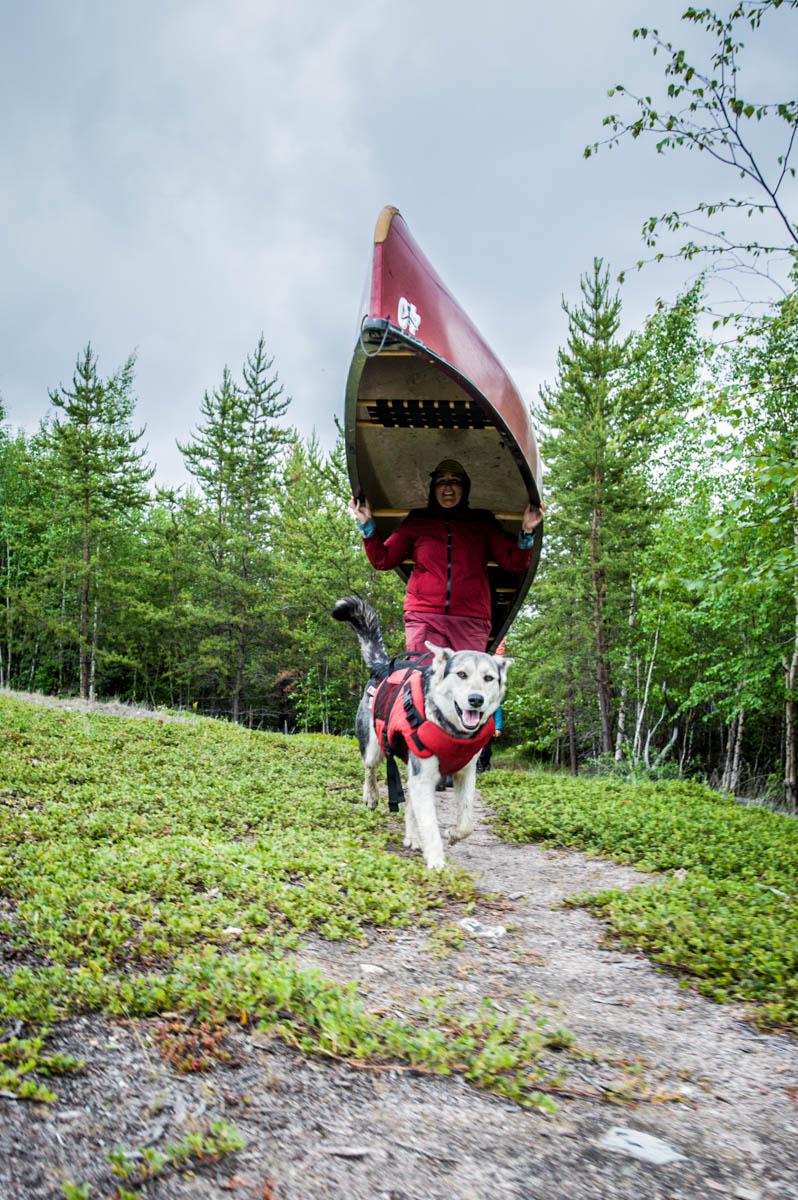 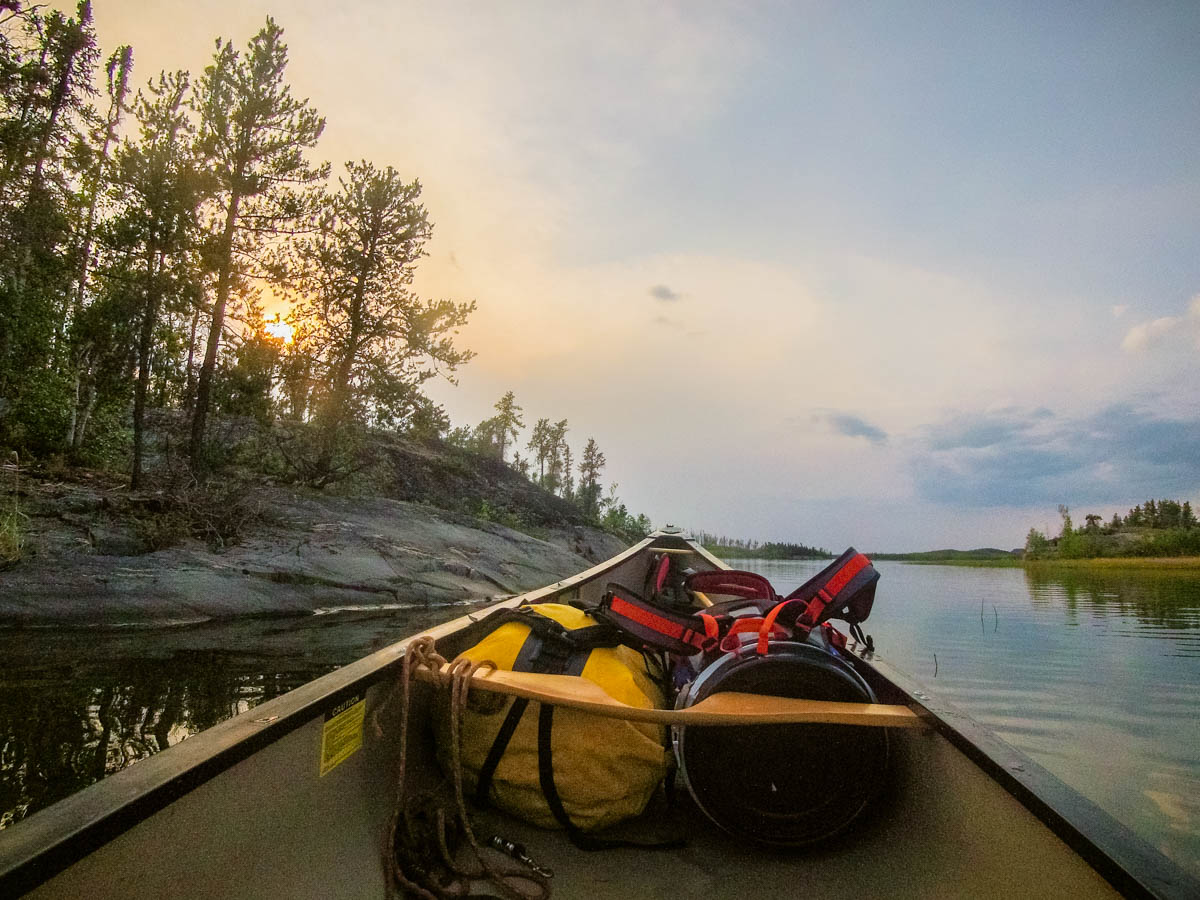 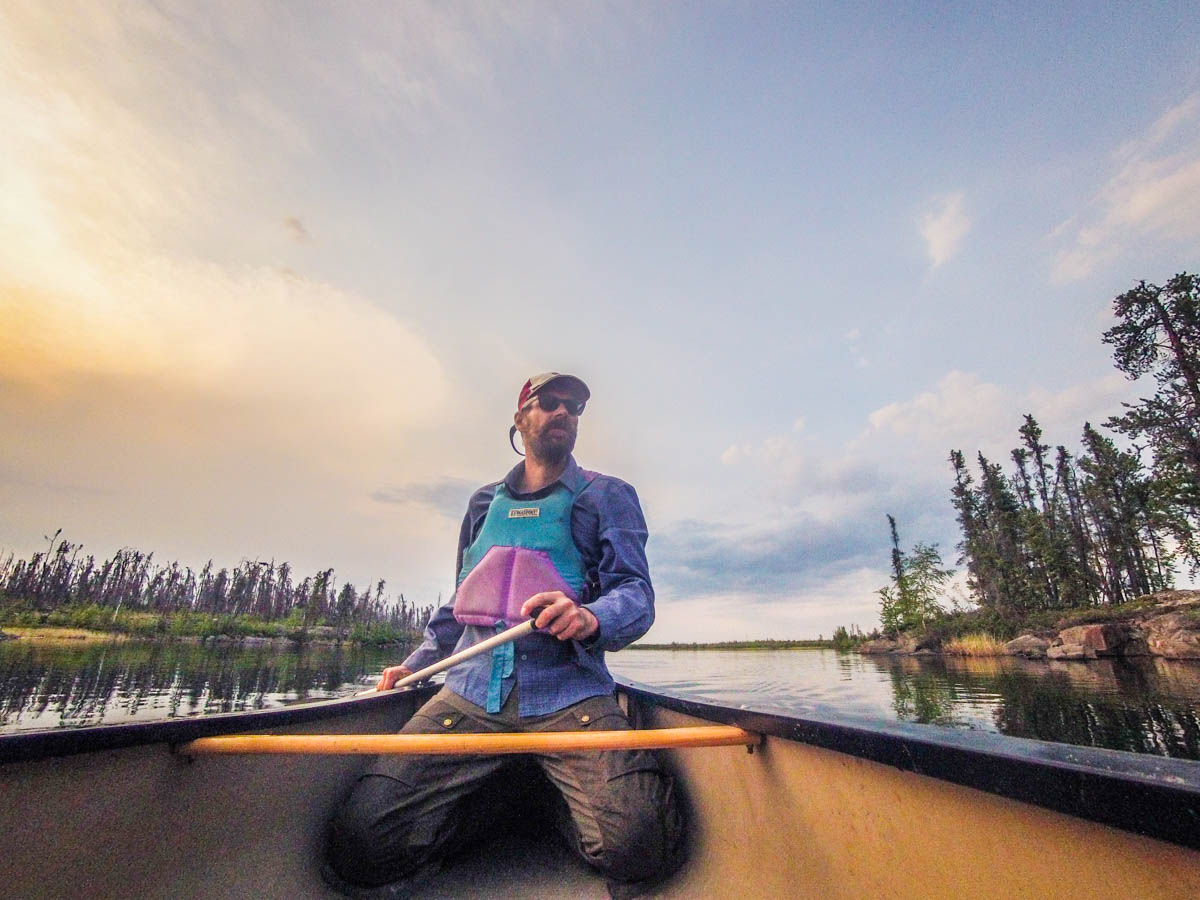 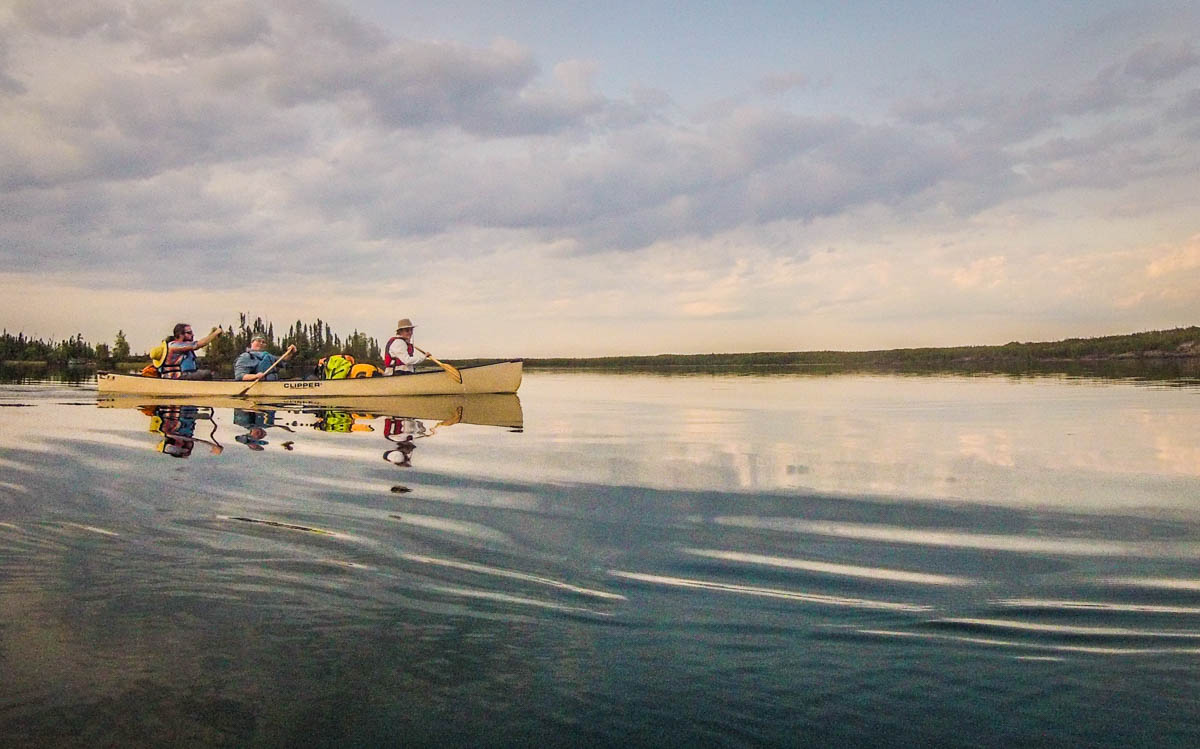 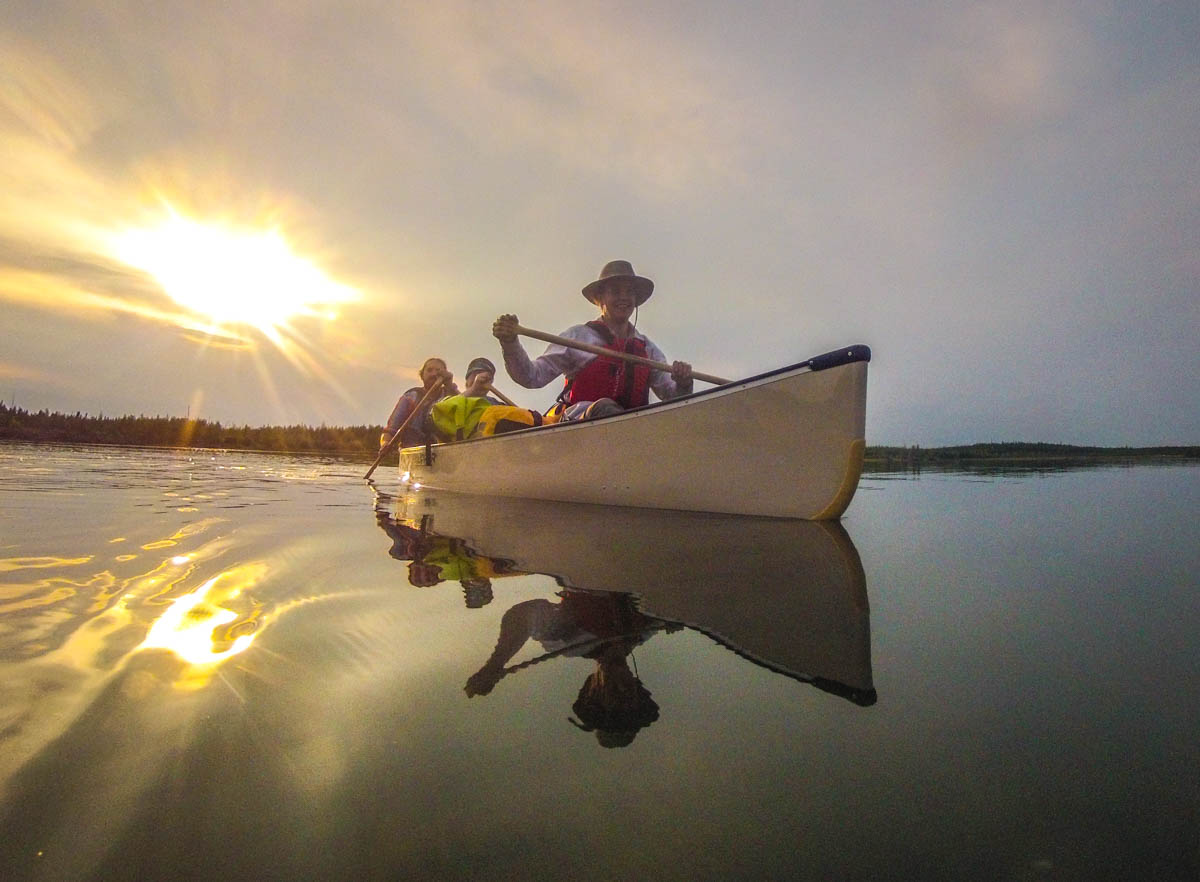 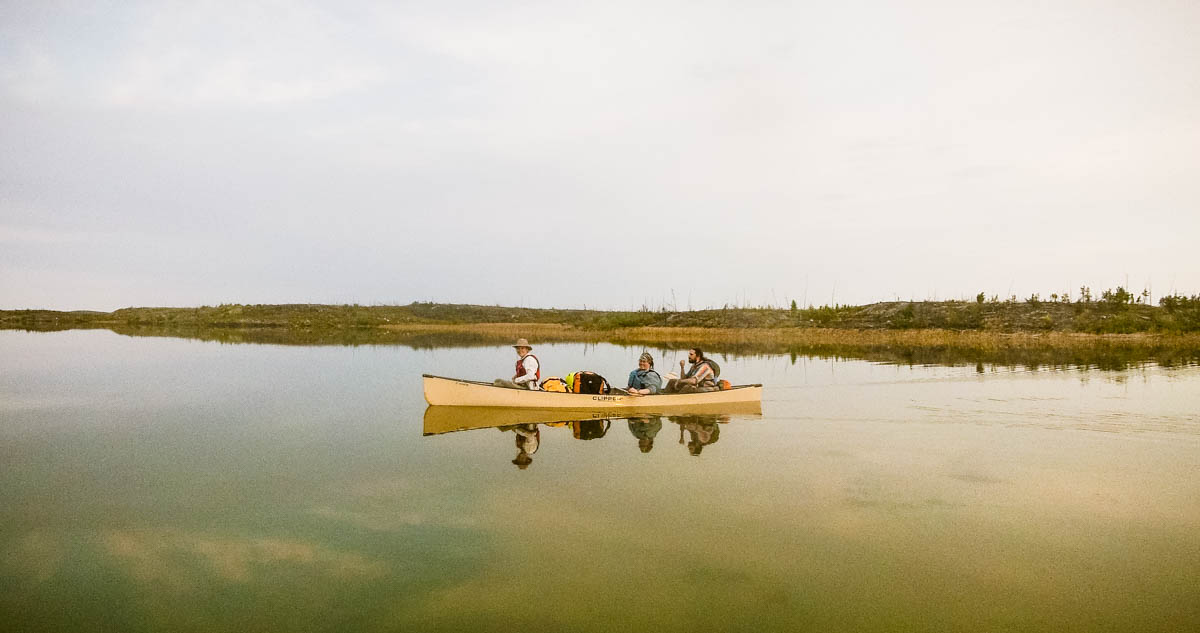 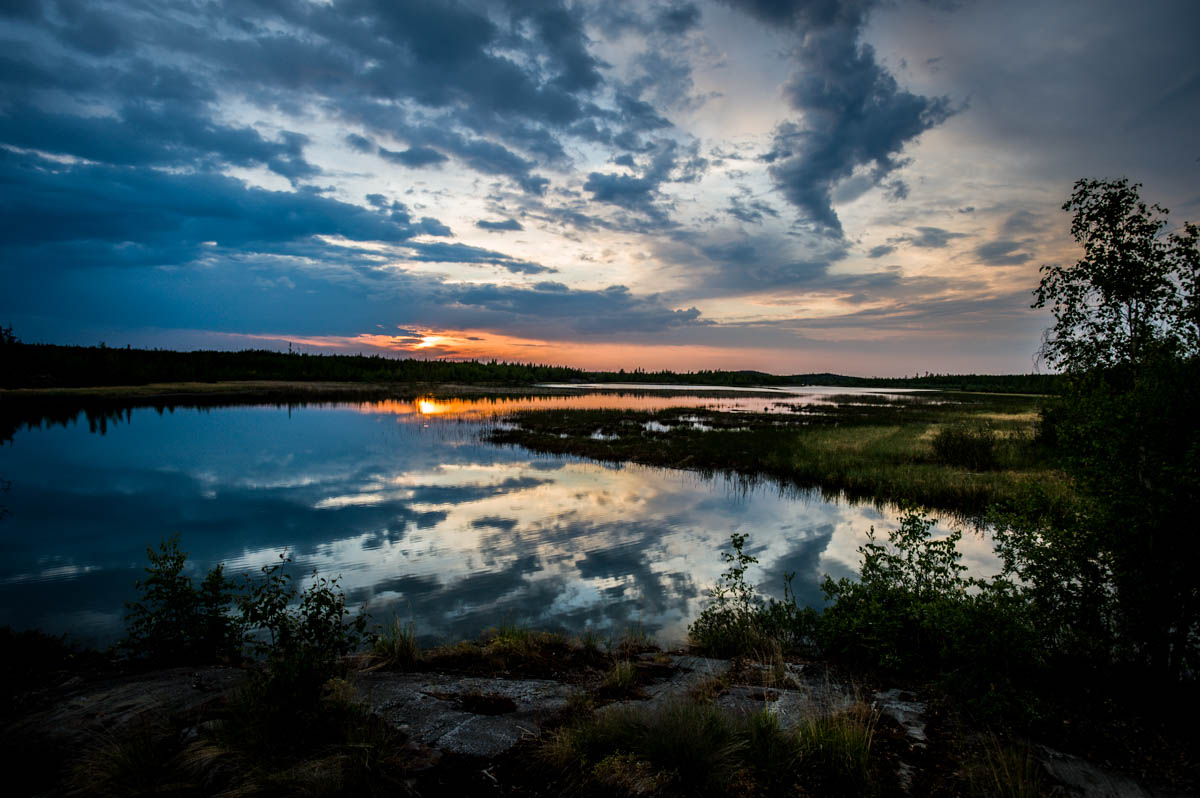 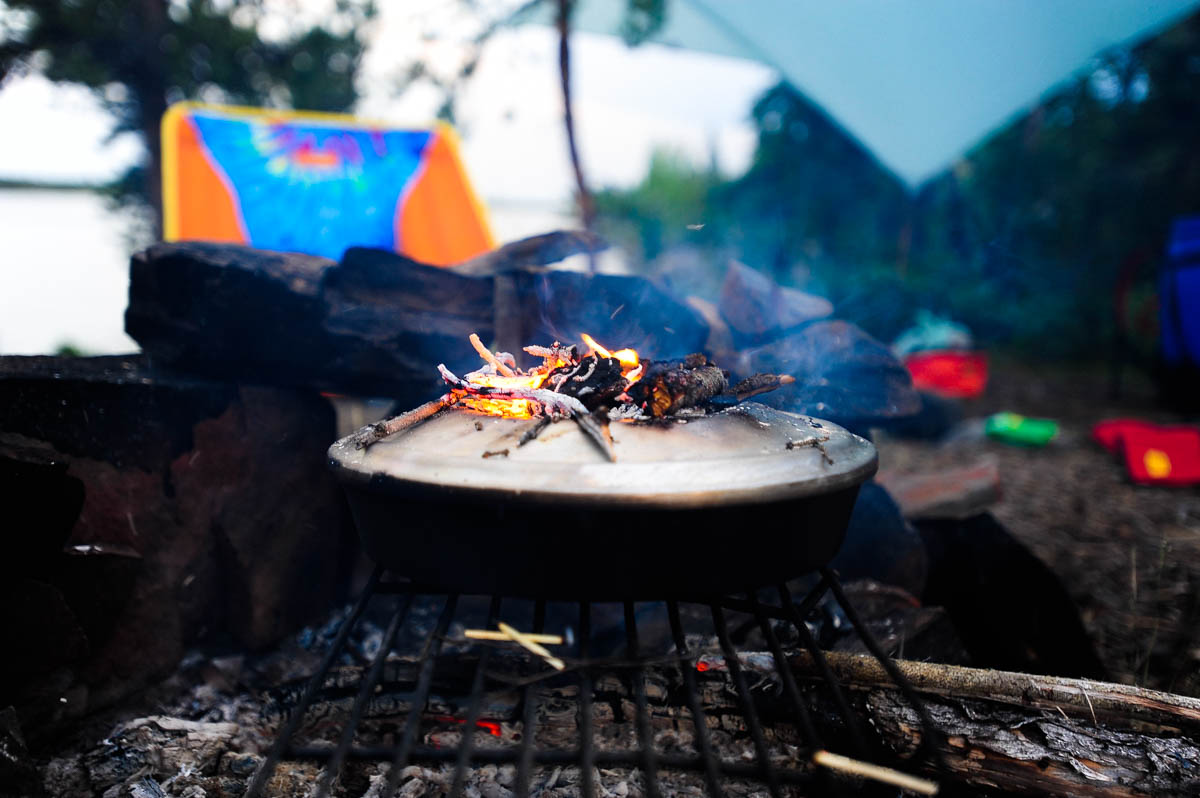