Last week (Feb 19/20) my attention was on Ottawa, watching the Police remove a Truckers protest that had occupied downtown Ottawa for several weeks. There were police in regular uniform, police in riot gear with helmets, batons and gas masks, police with assault rifles, police with sniper-type rifles, explosive sniffing dogs, police on horses, and a armored truck. In the end – it was more or less polite pushing match and the protesters were removed.  Earlier in the week there were arrests in Alberta and several people charged with intent to kill police, along with the discovery of guns, ammunition, bullet proof vests etc.   In the end – the situation was resolved, and most importantly, no injuries or deaths.

This week a new situation with the Russia invasion of Ukraine. Missiles, rockets, tanks, guns, and the potential for this conflict to expand beyond the borders of Ukraine.

Hopefully cooler minds will take over and the situation calms before it explodes. 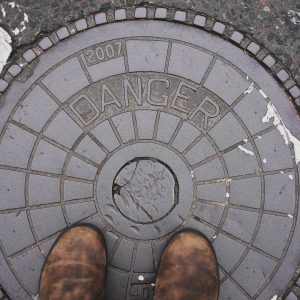 A picture of the monument to Samuel de Champlain in Ottawa. In his hand is an astrolabe, a navigational instrument that used the sun and prominent stars for navigation. Keen eyes will notice that the astrolabe is actually upside down !.   Apparently the sculptor made a mistake – or assumed that no one would notice.  Take it for what it is – 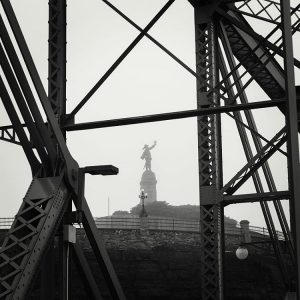 Astrolabe have long since been replaced by GPS, and use satellites (artificial stars ;>) for navigation – But — Really – Do we really know which way to Go ?.

I know which direction is North, and I know which street leads to my house. Ignore navigation, maps, compass, GPS and all the cool tools. It has been 407 years since Champlain made his solar observation at this spot during his expedition in 1615. Modern technology hasn’t made Finding Our Way any easier, You / Me still have tell the Tool which way you want to go.

Ponder that for a Moment.

Even with the most modern technology, a pilot still has to turn the dial on the GPS to their destination before the airplane takes off, and the GPS shows the route.

For you – What is your Direction ?

What is your Destination ?

Which way are you Heading ?

Which Direction are you Going ?.

Myself ? – I Really don’t know. Maybe I should ask Samuel de Champlain with his upside down astrolabe.