There goes another one… 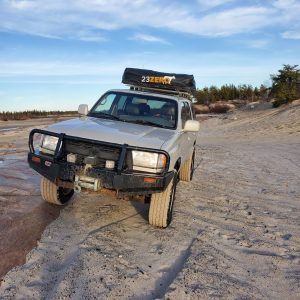 Bought it in May 2020 – sight unseen in Calgary.  Because of Covoid, didn’t get to it until August 2020. By then, it had been picked up and moved to a new location outside of town. Did a few repairs and drove it back to Yellowknife.

Definitely fun as heck to drive. Short shift 5 speed transmission, and straight piped (no muffler – straight pipe exhaust). Great sound from the engine. It also had a forward tilt, slightly nose down. Two inch lift and 17″ tires, and a crazy blinking light pole at the rear.  Like any used vehicle, it had its share of surprises.  In retrospect I should have known. It had a rebuilt engine installed.  Last winter i had a heck of a time starting it. It had an electric battery blanket and cord for the engine block heater.  Cord….I assumed it was plugged in. But i discovered a week later that the cord wasn’t actually plugged in – it was left over from the previous engine !. New engine didn’t have a block heater.!.

The power windows didn’t work, and still don’t. Checked the fuses, and same circuit as the sunroof – and that works !. Power locks work, except from drivers door.  I opened up the side console and checked the controller. It was dirty, worn out and sooty. Cleaned it, and figured it was the problem – Not !. Broken wire somewhere?.

I replaced the brakes. All new parts; pads, rotors, calipers and drums, and the entire parking brake system (removed by previous owner) – Wow. That was a bit of work, and so much better !.

Also did a bunch of smaller jobs; sway bar (removed by previous owner), end links, replaced all the fluids, and fluid film on rusty bits. The truck came with a cargo rack, that was replaced with a DIY roof rack for canoes and roof top tent.   Never got around to doing body work – seemed as though every panel had a big dent.

The ARB bumper and 12,000 lb winch for a bit of use moving other vehicles around the yard – but not real use off road. 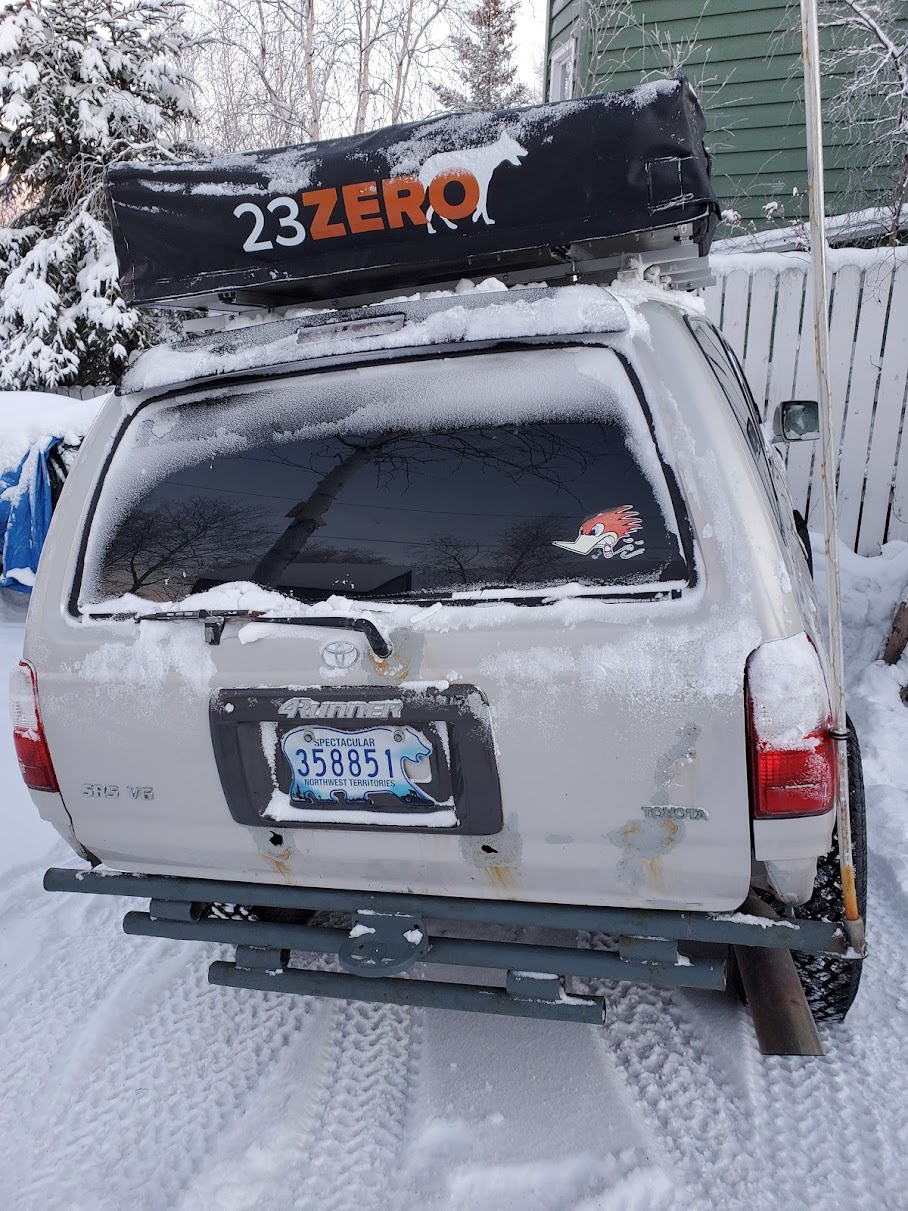 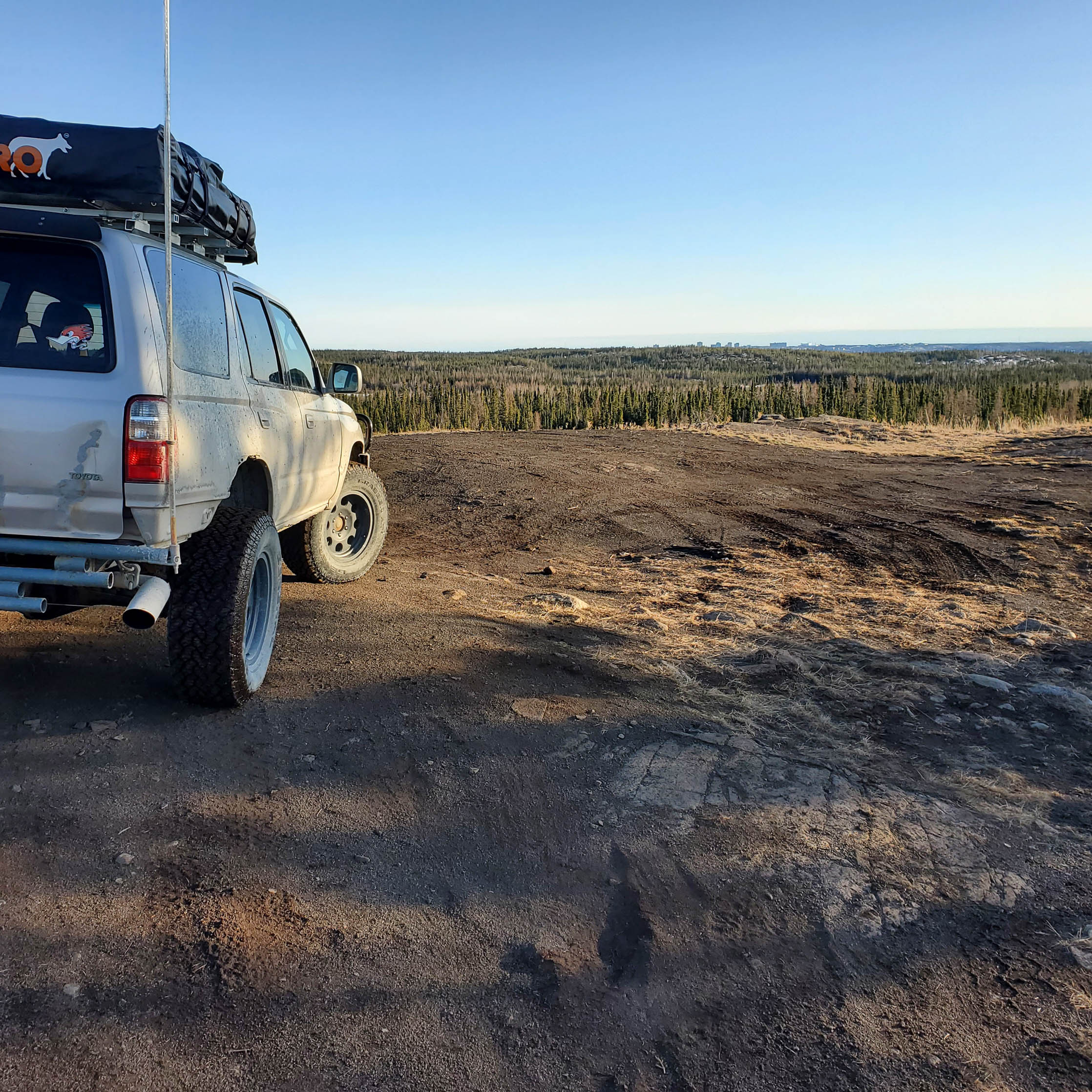 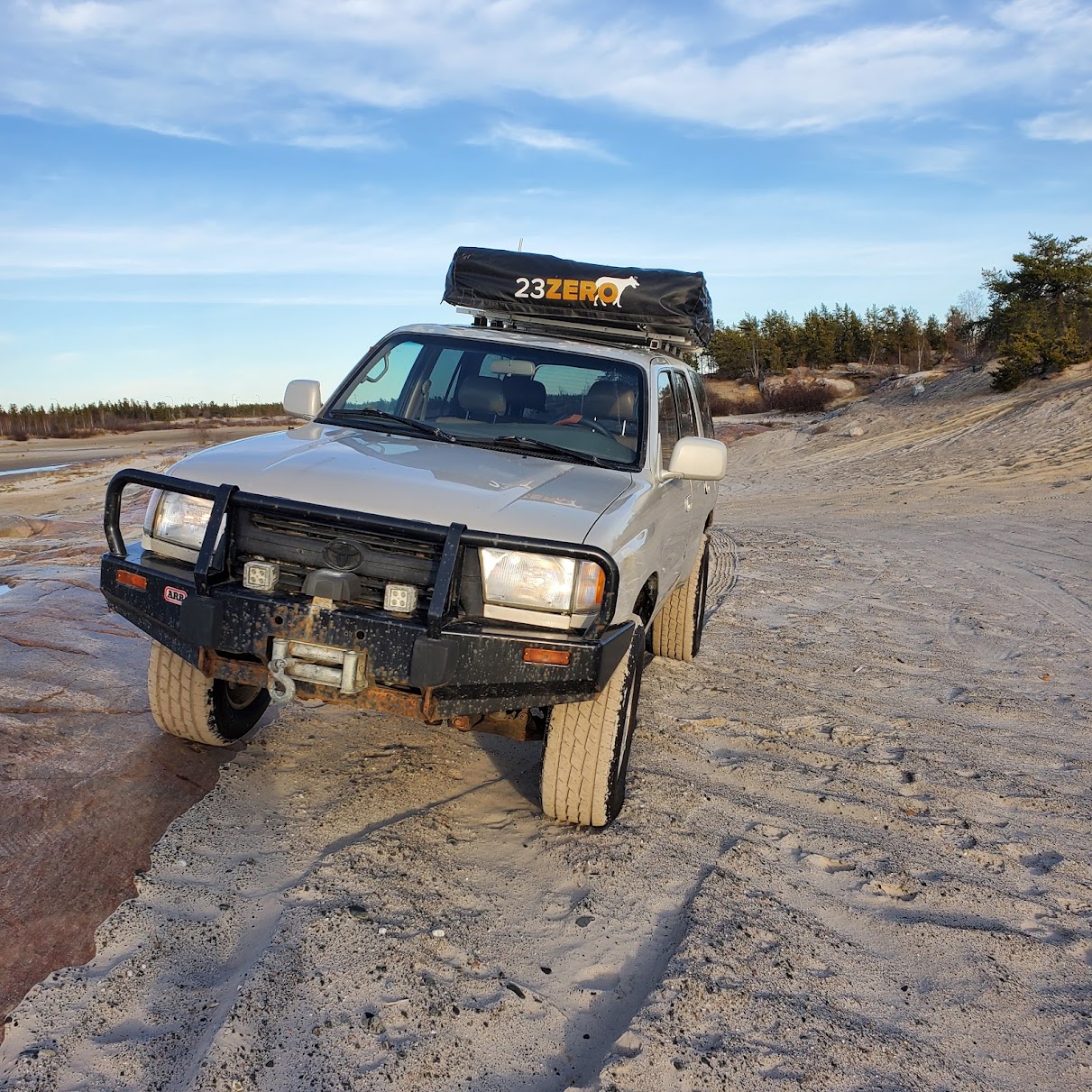 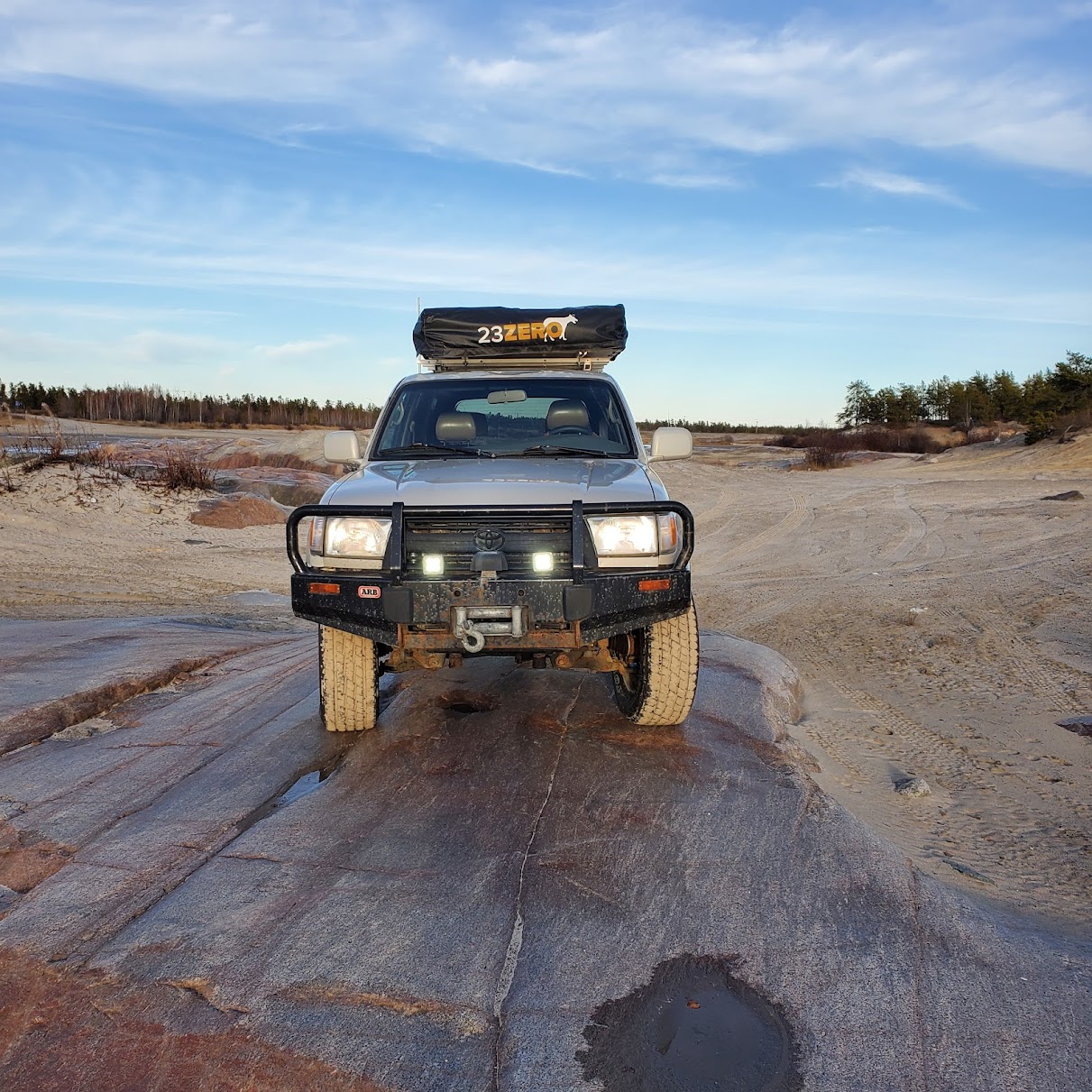 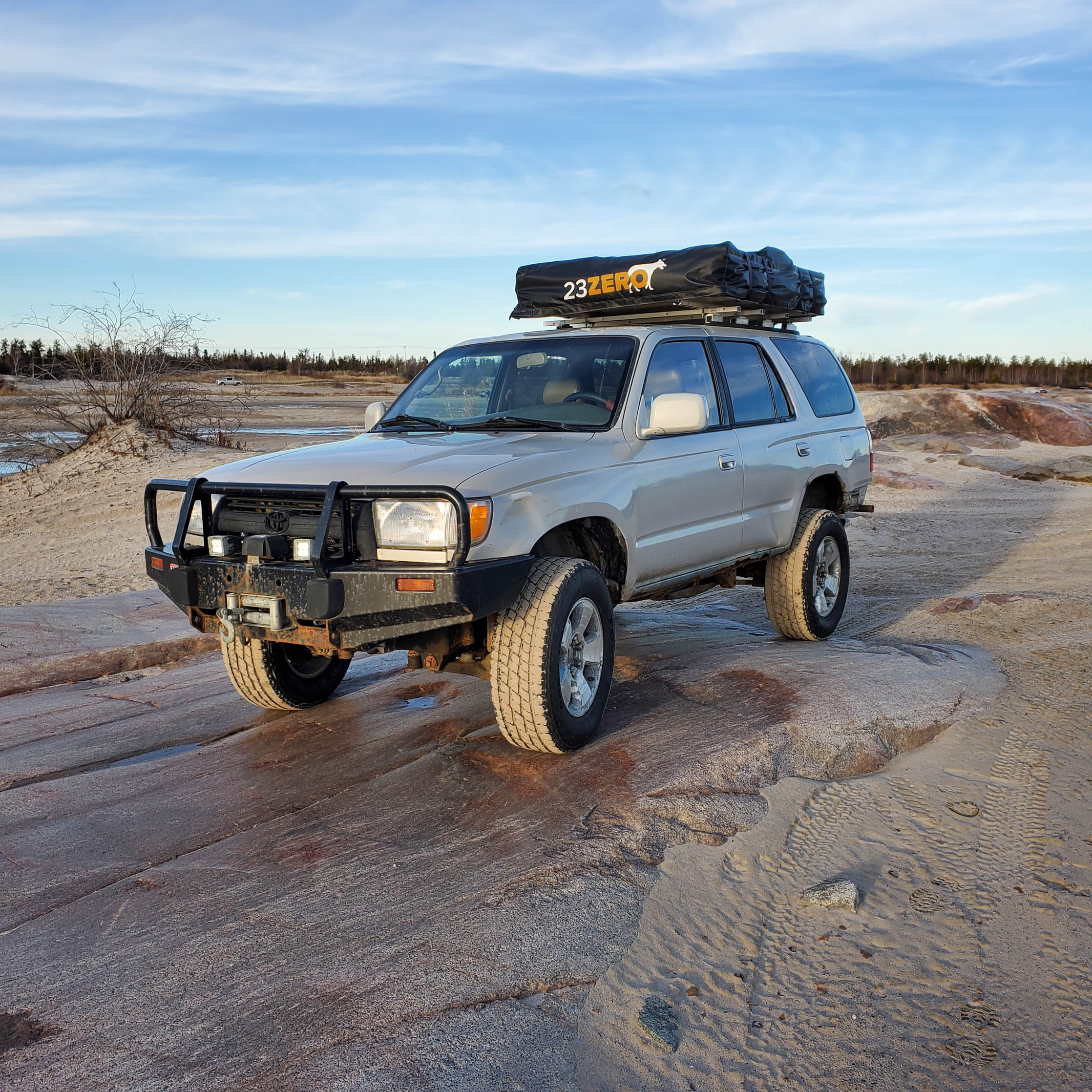 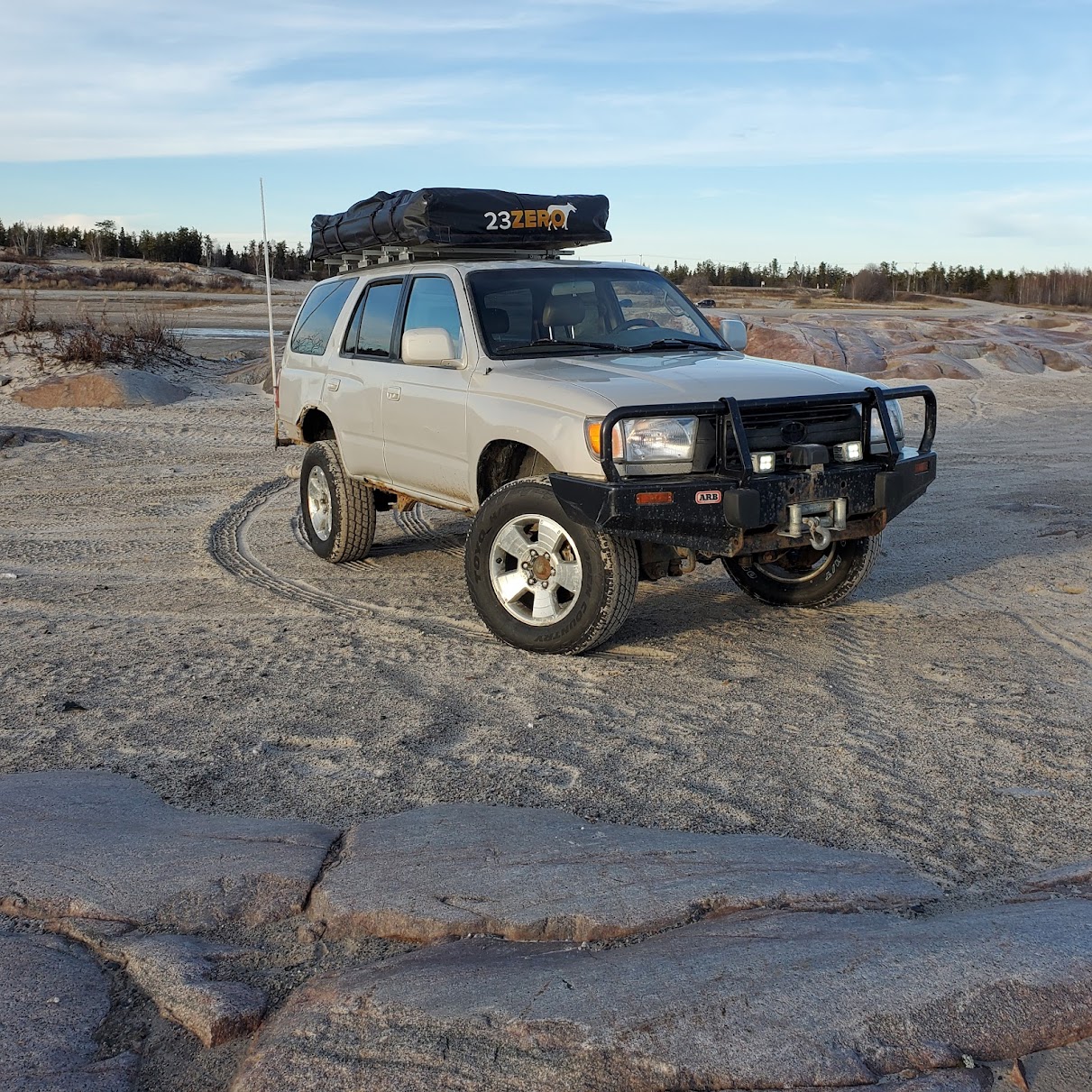 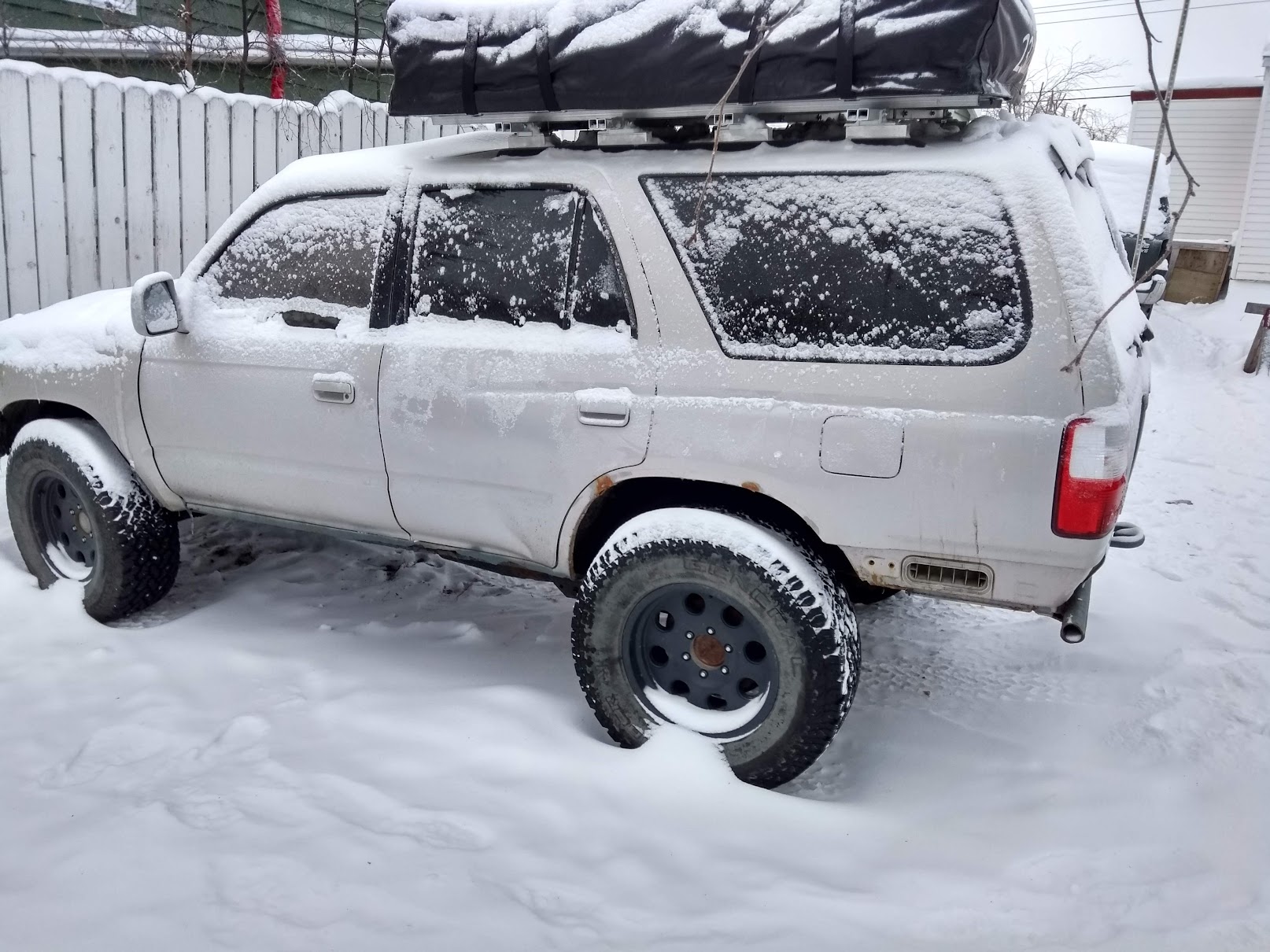 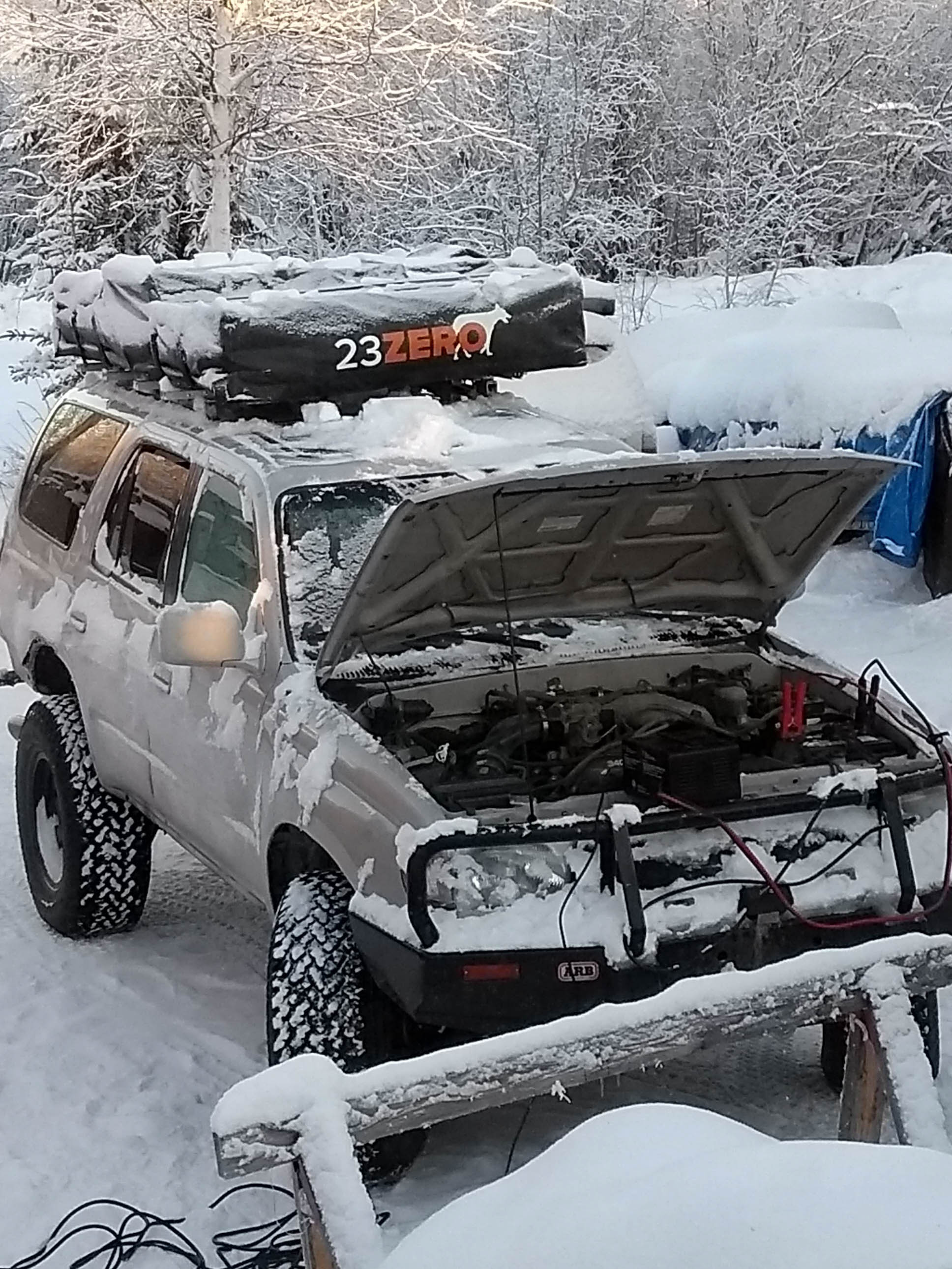 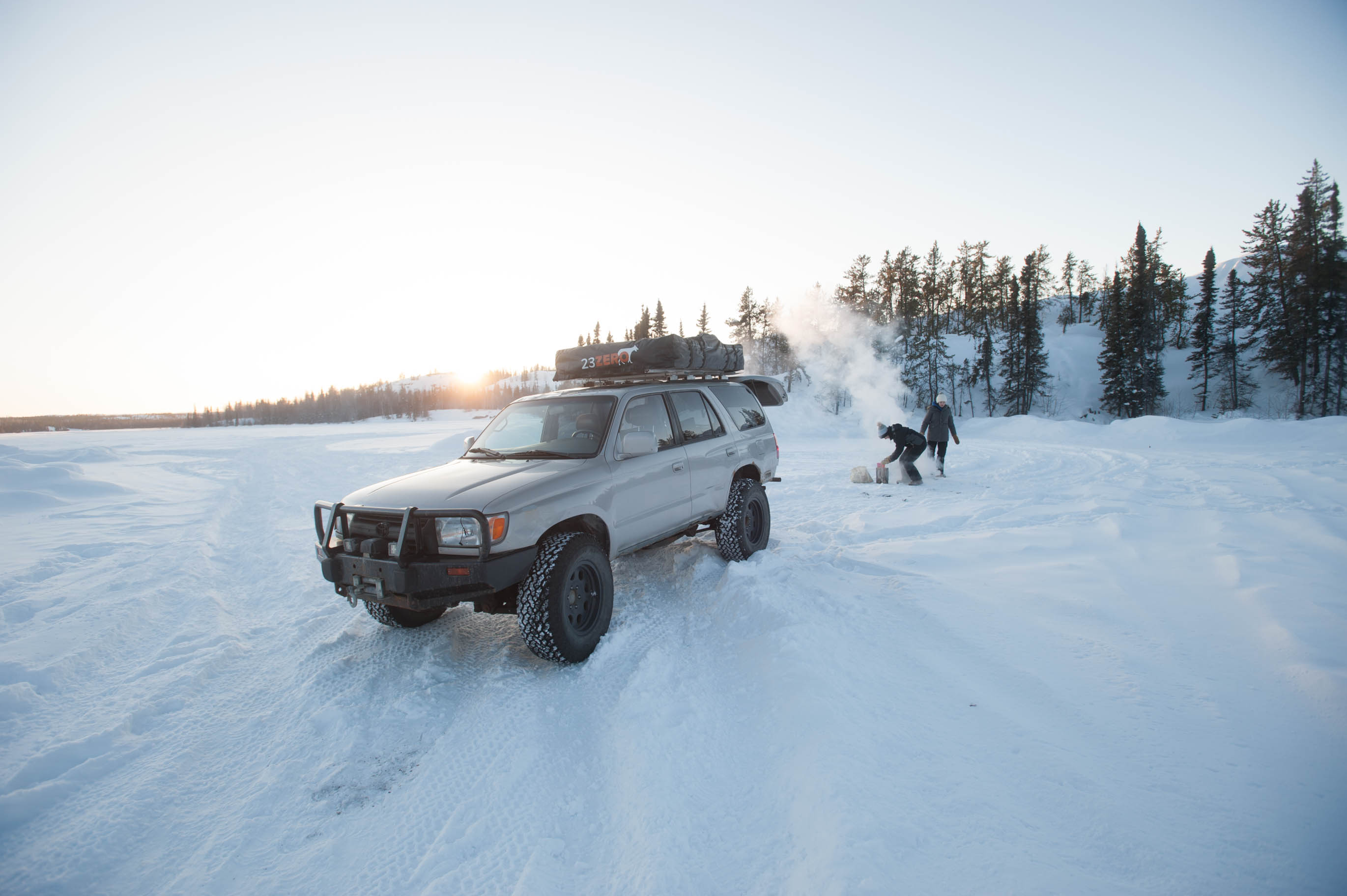 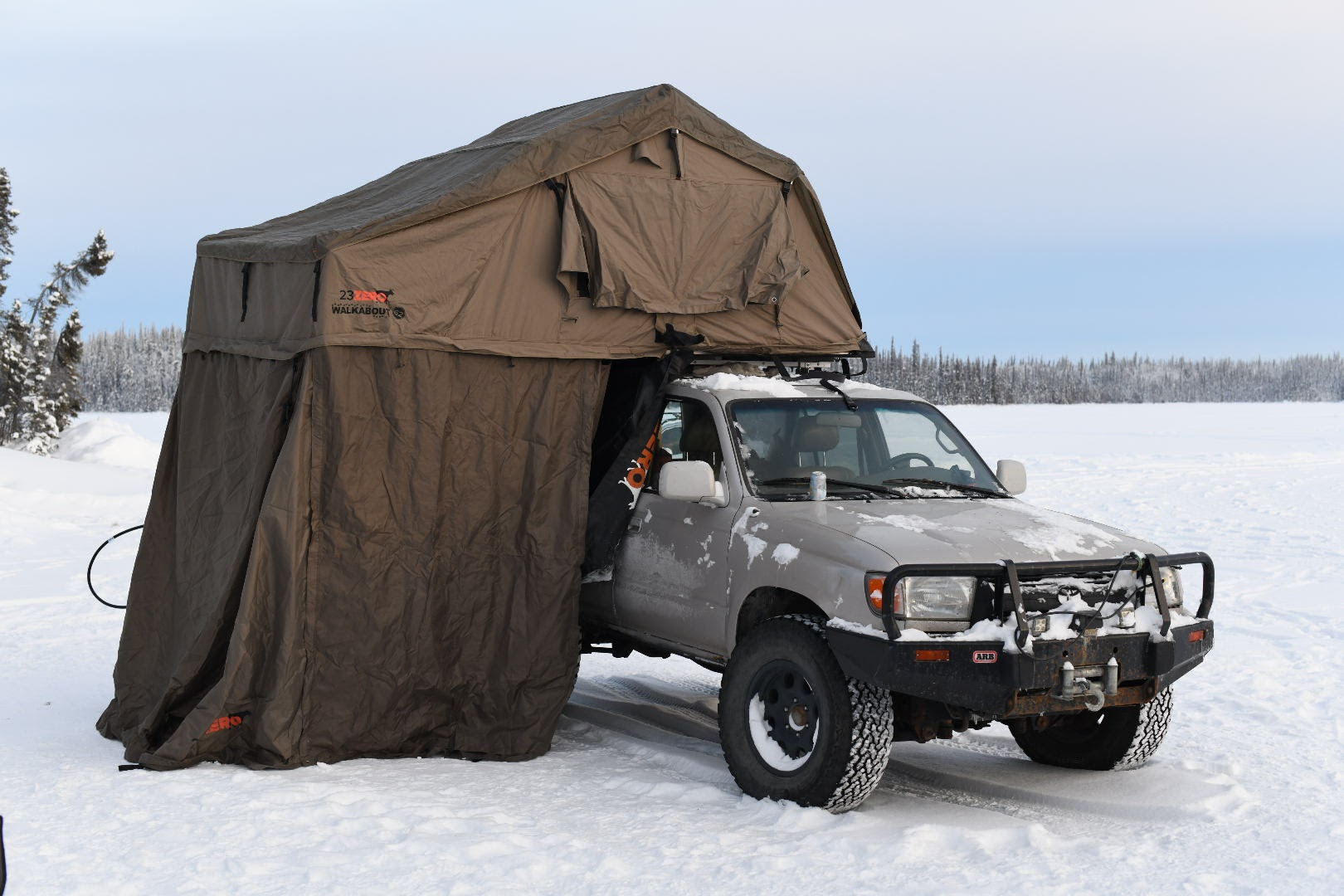 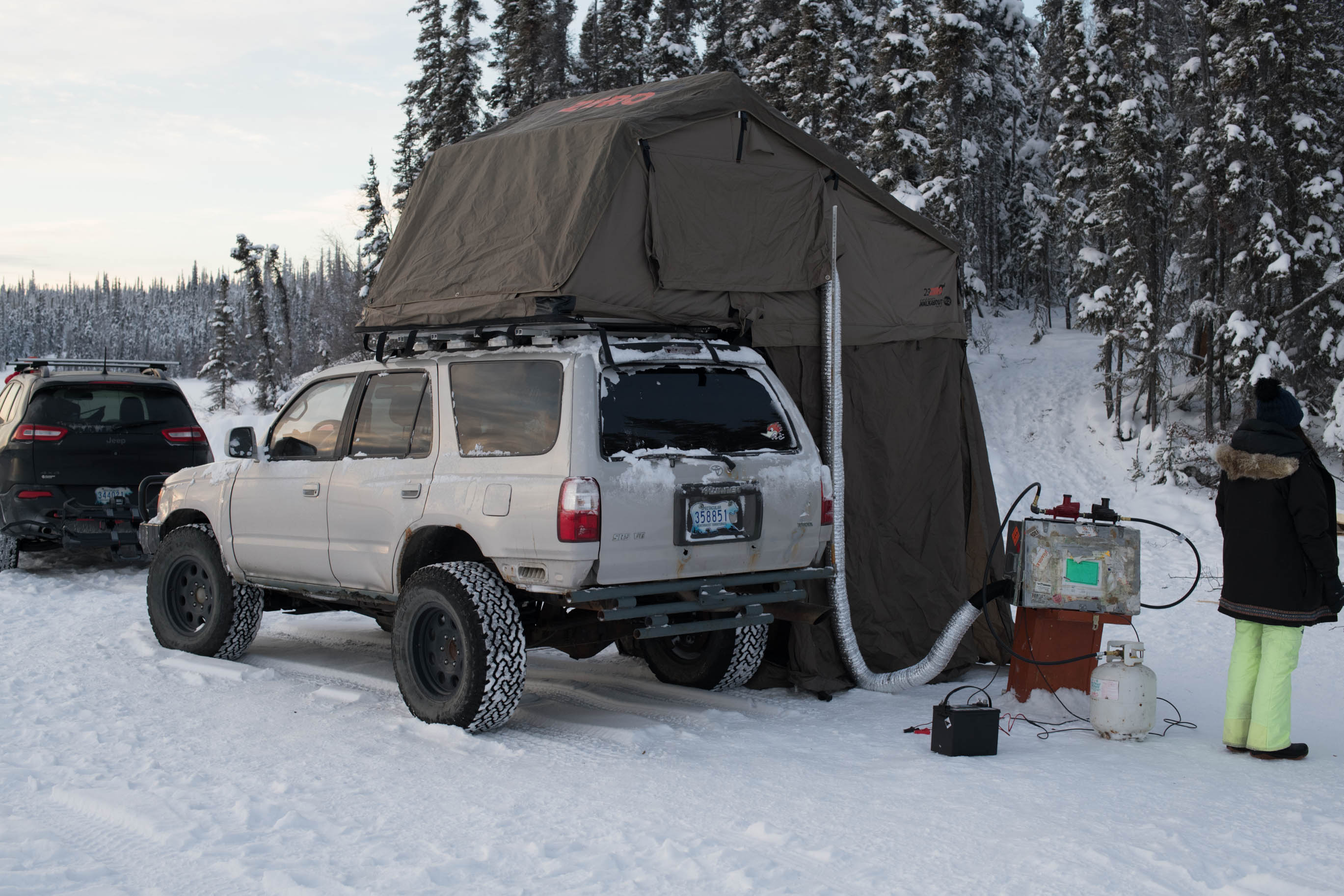 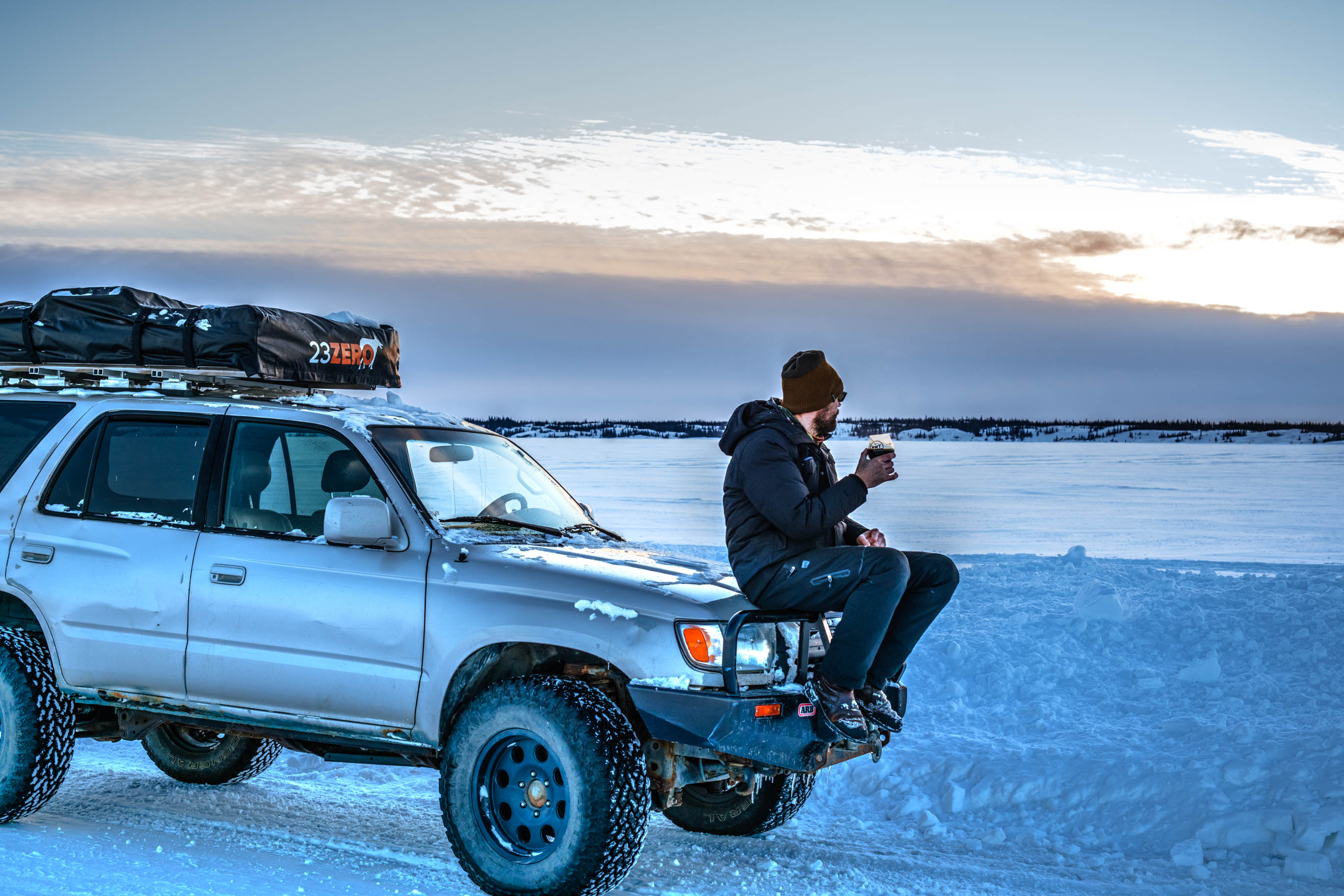 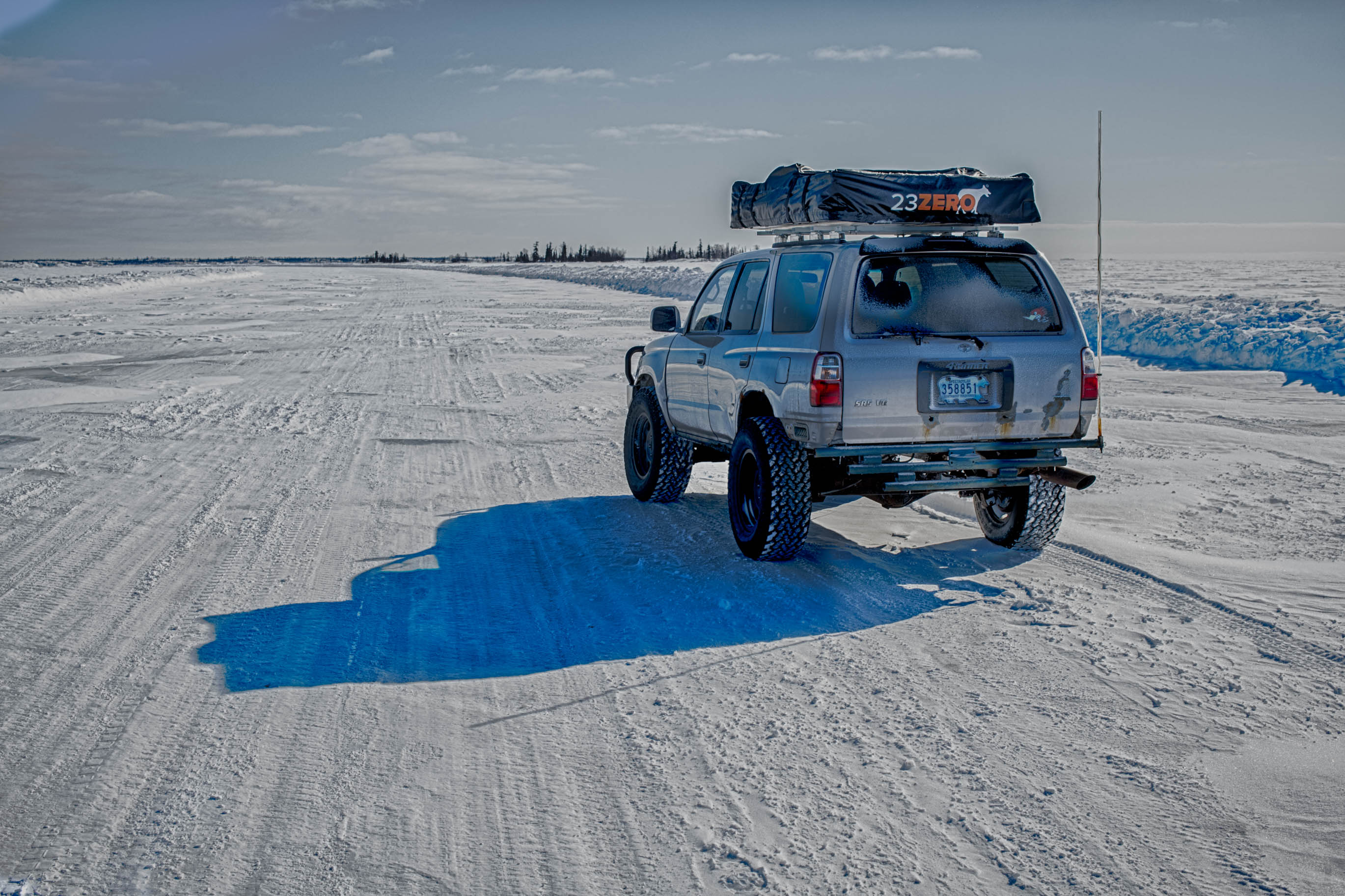 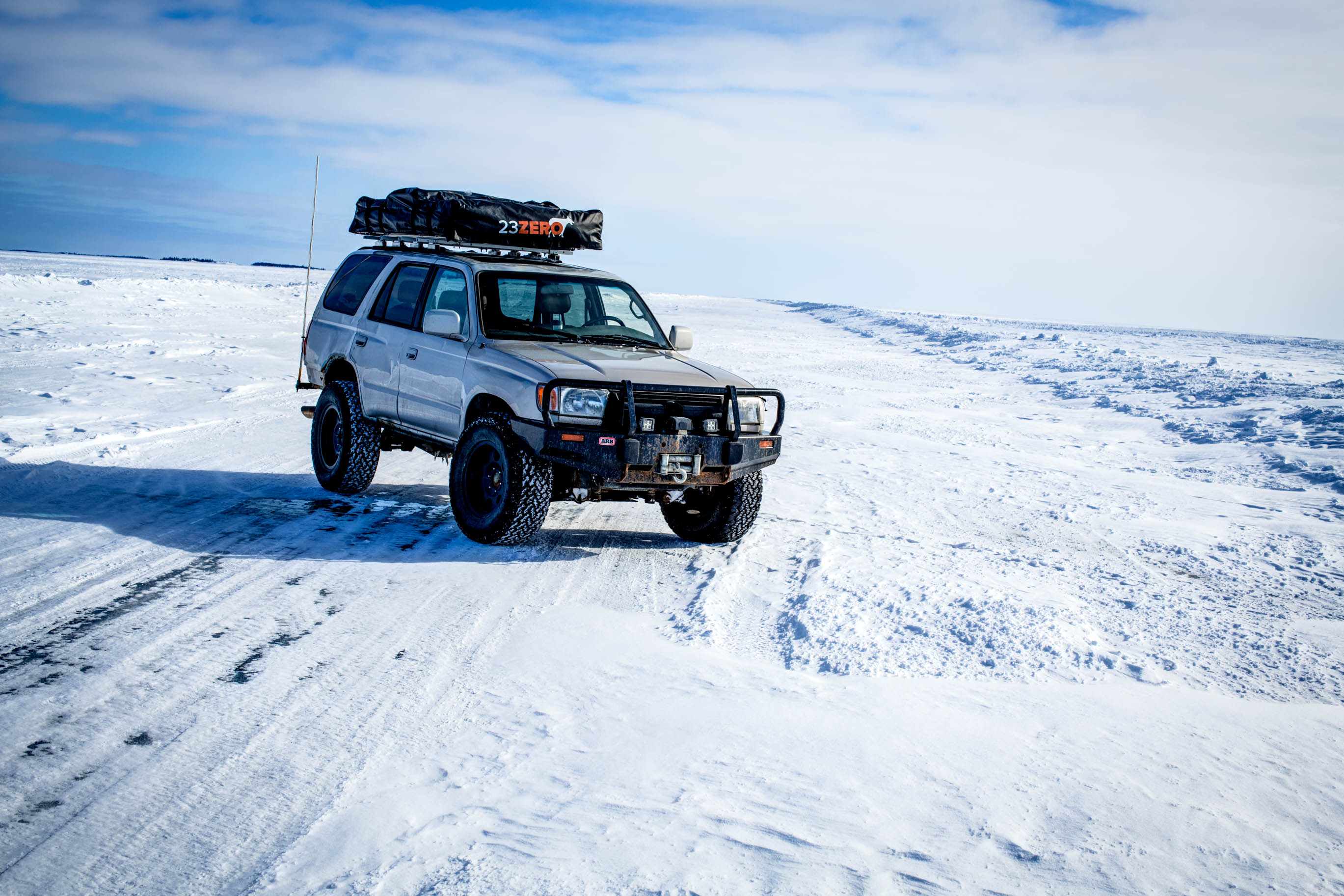