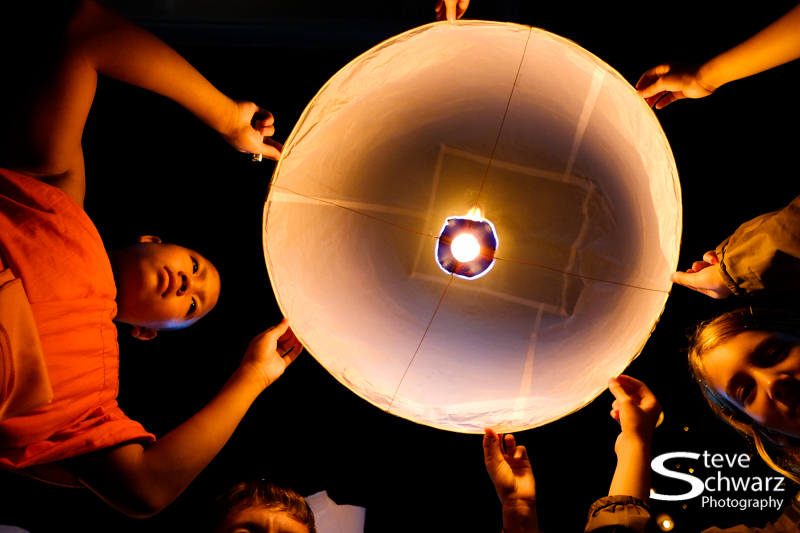 On the night of the full moon of the twelve-month of the Thai lunar calendar in Chaing Mai, is the Loy Krathong festival. Although the festival continues for three days, it is the evening events that are the most spectacular.

The night sky is filled with thousands of lanterns, fireworks, firecrackers, the streets packed with people, and parade of dancers and elaborately decorated floats pass through the city streets, and Krathong (small floats made from banana leaves and decorated with flowers and a candle), launched in the Mae Ping River on the full moon night to bring good luck. 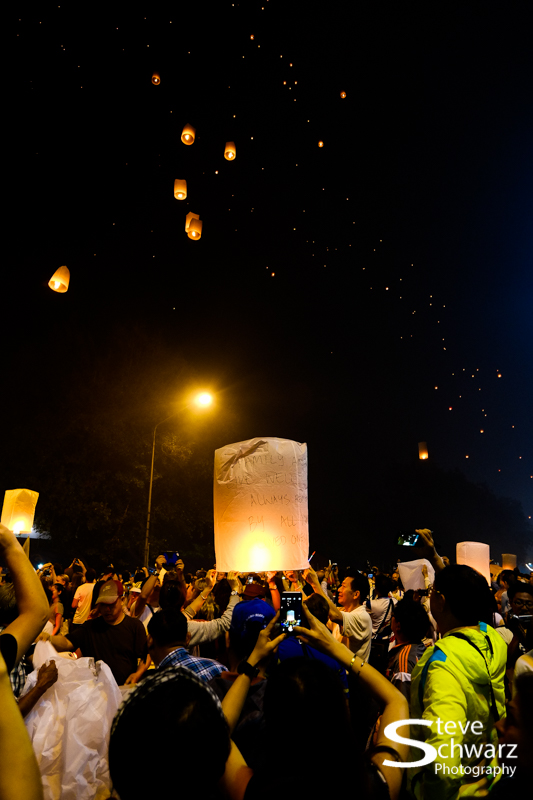 Some people say a prayer before letting go of the lantern, while others write message on their lantern. 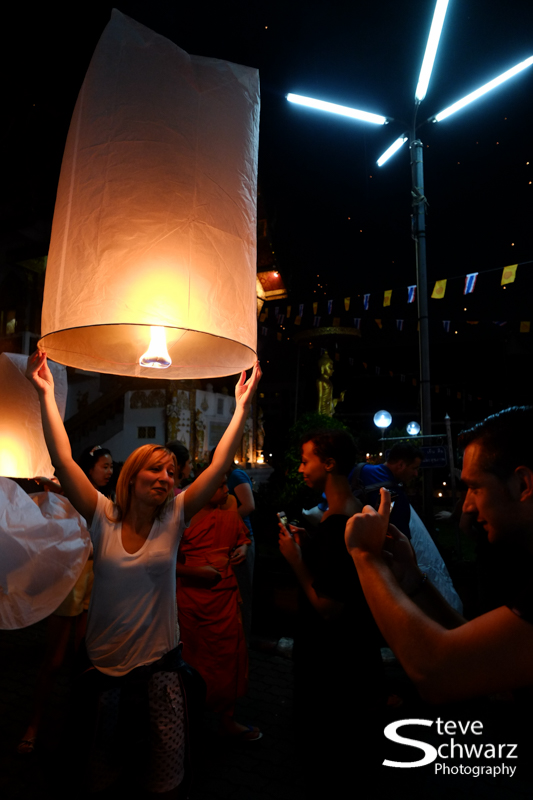 Tourists launching one of the thousands of sky lanterns. 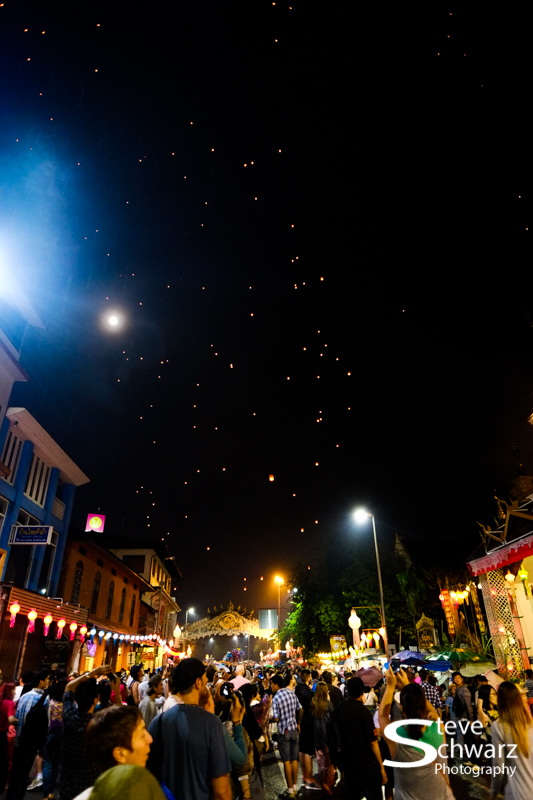 As the lanterns slowly rise into the night sky, they gradually get smaller and smaller and eventually just disappear into the darkness. 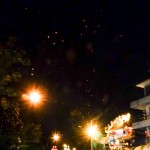 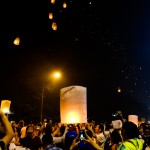 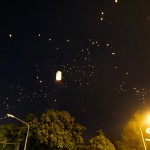 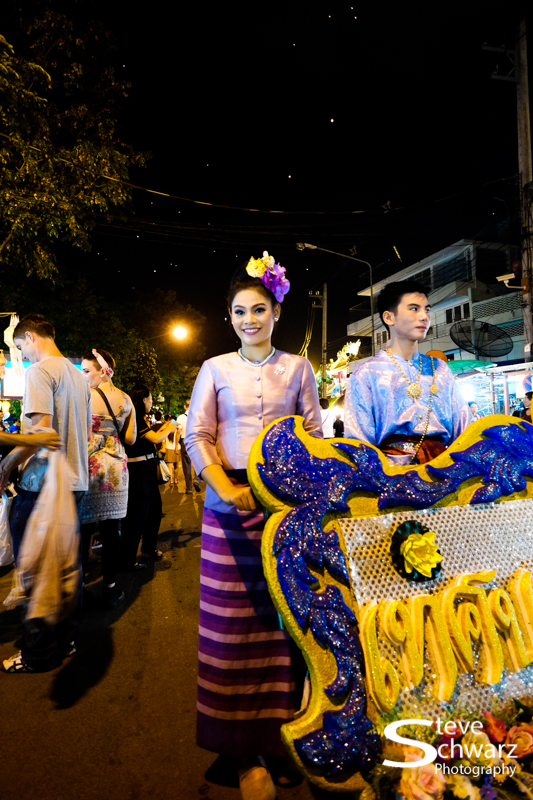 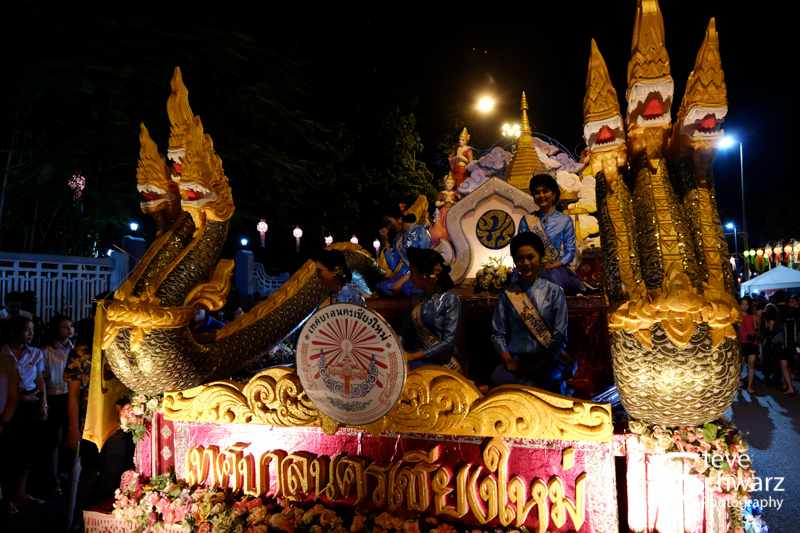 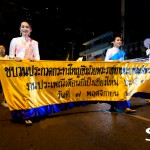 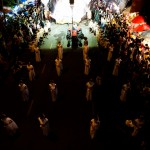 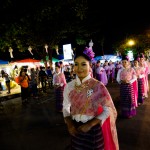 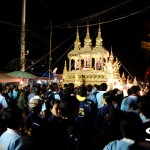 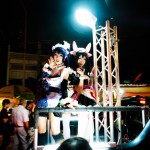 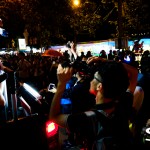 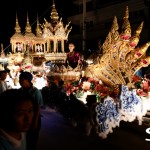 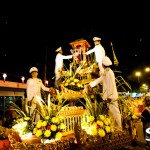 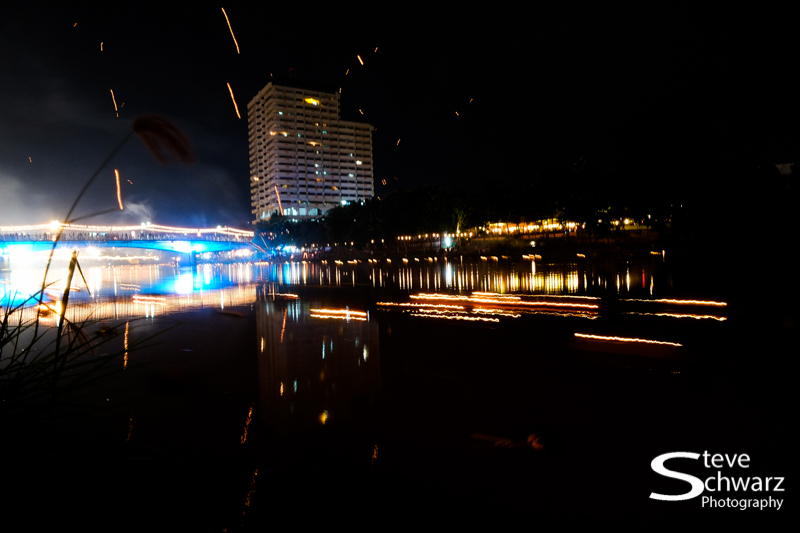 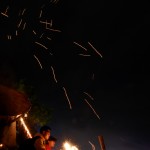 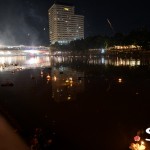 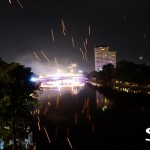 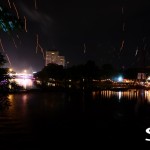