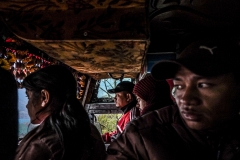 Walking home from work today, I mentioned to a neighbor that I have been repeating the very same route that i have followed for 20 years – up the hill to work, down for lunch, up after lunch and down again at 5pm.  Each way, is approximately 12 to 15 minutes.  In winder and in summer, rain or shine. Sometime I bike to work – and it takes a few minutes less. For him – it has been 29 years – up and down on the same route. He is totally happy with his commute as he knows the alternatives – driving, train, subway or bus as many people do.

That brought back a memory of a few years ago when I was in Nepal. On this particular day, March 1, 2015 I was returning to Kathmandu from Syabrubesi afer completing the Langtang Trek. The trek was certainly memorable, even with symptoms of altitude sickness and having a stupendus headaches for three days (actually, it felt like long nail jabbed through my forehead).  The commute – Yes, the bus ride was certainly one to remember. Add in, fog and rain – along with many ill passengers – Just what was that liquid sloshing all over the floor ….!!

I was fortunate to be up front. Myself feeling a bit ill – but not wanting to empty my guts out the window, as it would have gone in through one of the other windows farther back.

Occasionally we could feel the bus slide in the loose gravel or mud. Time seemed to stand still until the wheels caught and the bus resumed moving forward. I had mistakenly read the news prior to entering the bus and learned that another bus has slid off the road and down a steep ravine and everyone was killed.   In Nepal – bus crashes are common and with deadly results especially on the windy narrow un-paved single lane mountain roads that are carved into the hill sides with abundant blind- hairpin turns. Say that ten times fast.  Thee are no guard rails – anywhere. Usually the bus crashes are blamed on overloaded busses, poor road conditions and poorly maintained vehicles.

Obviously, my bus ride wasn’t so dramatic. A couple of pictures to show the roads, bus and some of the fellow passengers.

Yes – that 15 minute commute doesn’t seem that bad after all. Click on the pictures to make them bigger. 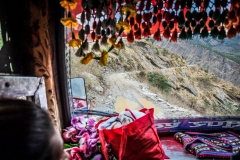 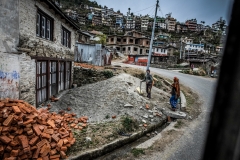 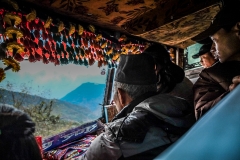 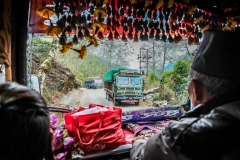 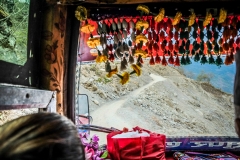 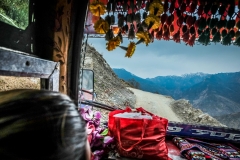 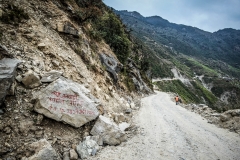 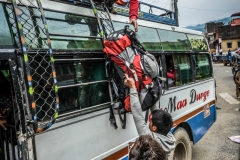 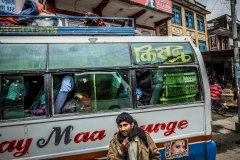 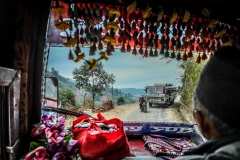 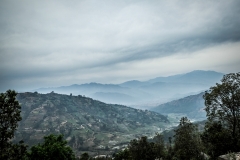 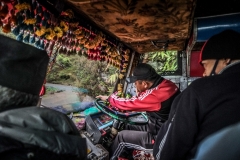 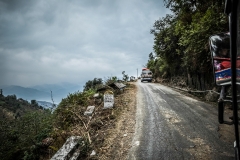 All photos taken with a Fuji X-Pro1 and Fujinon 14mm lens. 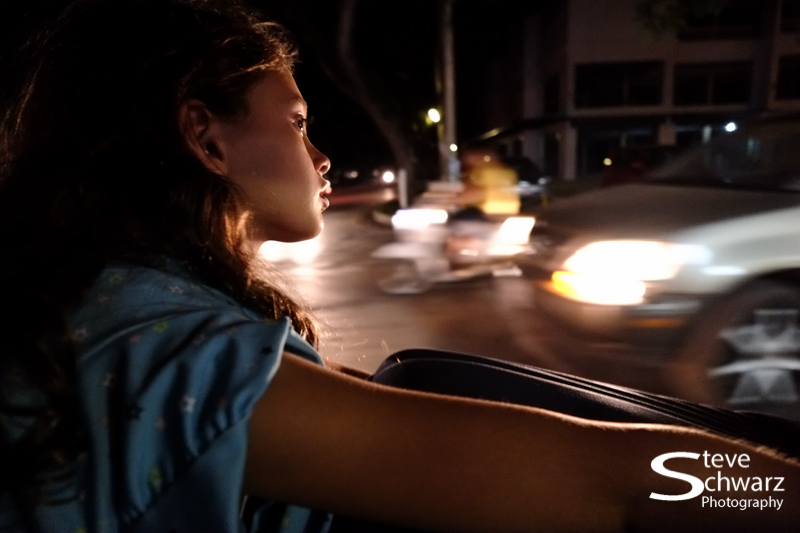 I am almost three months into a 10 month journey.

Long flights, bus rides and train trips have given me time to think

Sometimes to think about nothing, let my mind decide

I’ve thought about home, friends, where we have been  and where we are going

Also, in a selfish way, I’ve been thinking about me.

What do I want to remember about this trip, how will it change me, and will I simply slide back into my past life  after leaving for 10 months ?