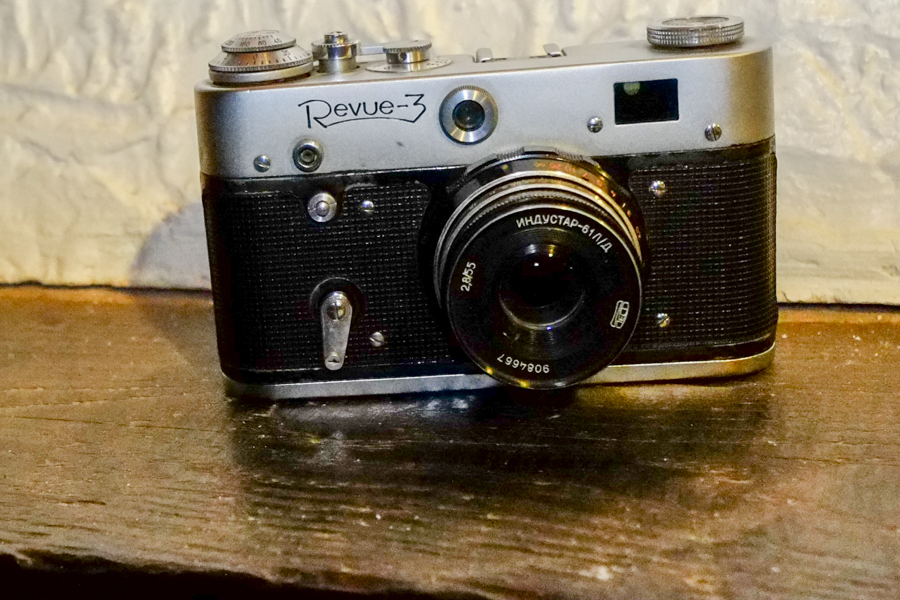 It is 2015 – and I bought a film camera. Most readers won’t even know what a film camera is. let me put it this way – it is ‘Old School’, just like the rotary telephone, VHS tapes, the ‘walkman’ and LP records.

Yes – I am ‘Old school’. I used all those things as a kid, and now in my adulthood, there is a certain pleasure in using them again.

The camera I bought is as old as I am; there is no autofocus, no flash, no light meter and no batteries. It is a simple, though incredibly heavy – all metal and glass rangefinder camera. There isn’t even any plastic, and not even a place to attach a neck strap – it weights as much as a brick !.

It was made in the USSR, again, most readers won’t even know where that is, unless that happen to have heard the Beatles song…’Back in the USSR…’ (Dad – Who are the Beatles?). The USSR no longer exists, a legacy of the Cold War, and the camera (Revue-3) is based on the German Leica cameras from designed and built before World War 2.

I do expect to have fun, to play, and feel youthful even a bit nostalgic…