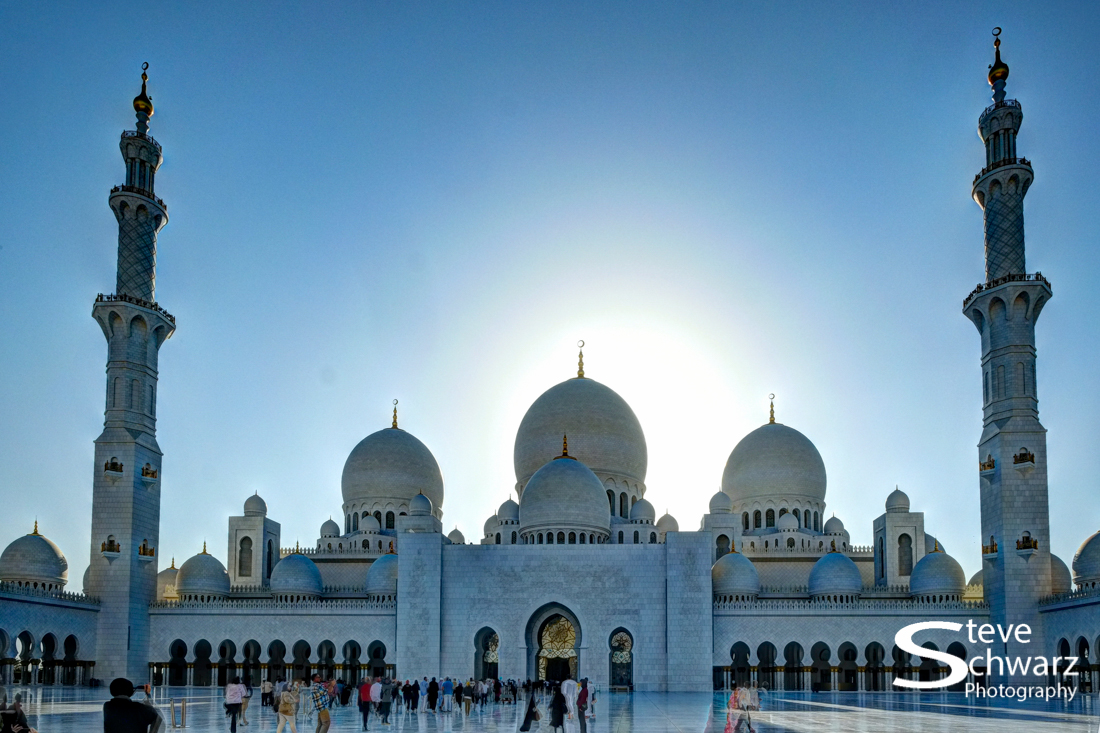 This collection of images were taken at the Sheikh Zayed Grand Mosque in Abu Dhabi (the capital the United Arab Emirates). Architecturally stunning and large enough to accommodate 40,000 worshippers, the mosque was constructed from 1996 to 2007. There are 82 roof-top domes, more than 1,000 columns, 24 carat gold gilded chandeliers, and contains marble stone, gold, semi-precious stones, crystals and ceramics. and the world’s largest hand knotted carpet. Photo technique: All photos were taken handheld (tripods are not allowed), with the camera braced against a wall or column. Three long exposure photos (-1, 0, +1 exposure) were combined to ghost the other visitors. Photos combined in PhotoMatrix Pro. Fuji X-E1 with XF 18-55mm lens.

Click on an photo to make it larger, and use the arrows to move to the next photo. 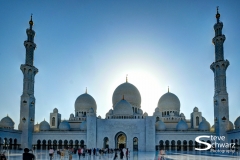 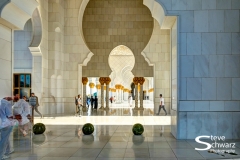 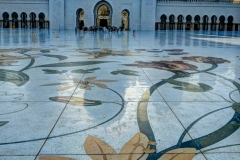 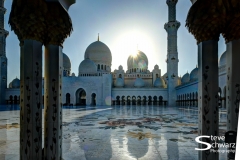 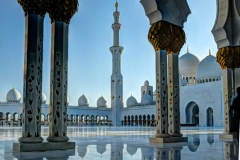 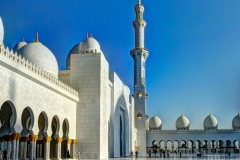 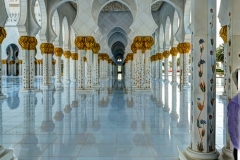 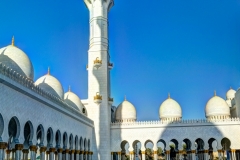 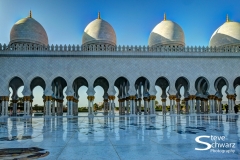 One thought on “Sheikh Zayed Mosque”