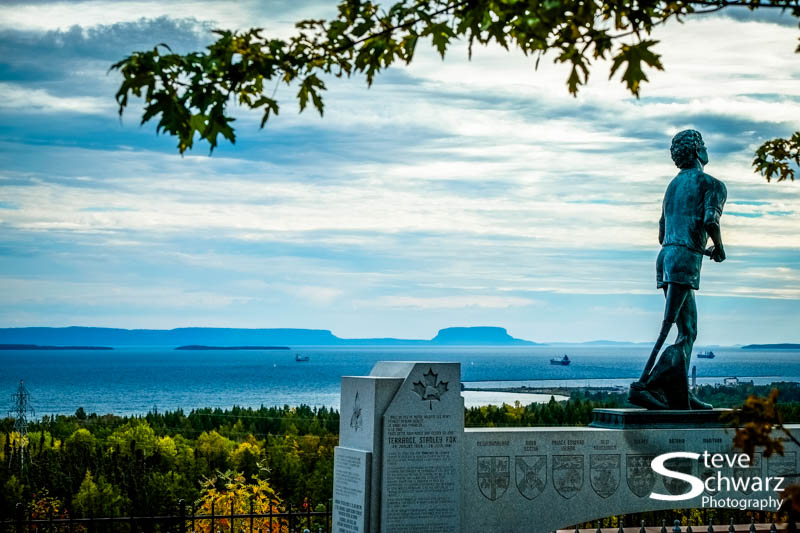 For those that can remember seeing Terry Fox and “Marathon of Hope” come running through town – it was an unbelievable and awe-inspiring sight. Unfortunately, it wasn’t always like that. In many towns in eastern Canada Terry passed through virtually unnoticed. He pushed on, and continued, and eventually became a house hold name. Unfortunately Terry was not able complete his goal of running across Canada, he did however raise the awareness of a cancer and raise millions of dollars for cancer research so that others with cancer have a better future.

While in remission from cancer, Terry Fox set out to run across Canada in 1980 to raise money for cancer research. Despite having lost his right leg to the disease, this determined athlete ran 5,373 kilometers – nearly a marathon a day for 143 straight days – before being forced to stop east of this spot in the community of Shuniah when his cancer returned. His “Marathon of Hope” captivated Canadians with its bold humanitananism, transformed out vocabulary about personal courage, and revolutionized fund-raising. To date, hundreds of millions of dollars have been raised by Fox and in his name to the benefit of cancer suffers around the world. The heroic nature and tragic interruption of his run have made Terry Fox an enduring Canadian icon.
Government of Canada

Terry Fox – still on his Marathon of Hope, running into the sunset on a hilltop over looking the ‘Sleeping Giant’ in Thunder Bay Ontario. 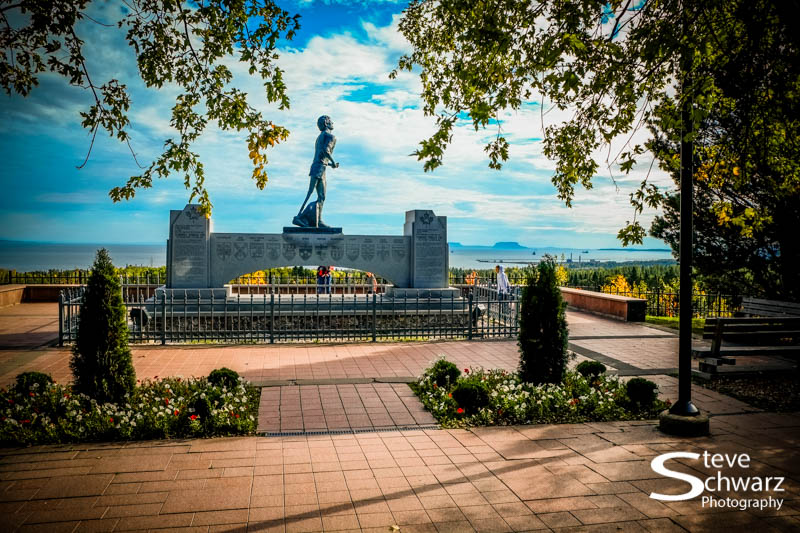