Three days in Bangkok is definitely not enough. Add in some serious jet-lag after a flight from Toronto (Canada) to Abu Dhabi (UAE), then onward to Bangkok.

Wow – Bangkok is absolutely amazing. We only saw a tiny part of the City, and what we saw is so diverse and sensory stimulating; sight, smell, taste, sounds and touch.

The tiny part of Bangkok that we experienced was the Pranakorn district, and we explored Khao san Road and the cultural sites in the Rattanakosin area including The Grand Palace, The Temple of The Reclining Buddha (Wat Pho), The Royal Ground,  The Democracy Monument and the Chatuchak Weekend Market.

The next post will have photos from Wat Pho, ‘Temple of the Reclining Buddha’. 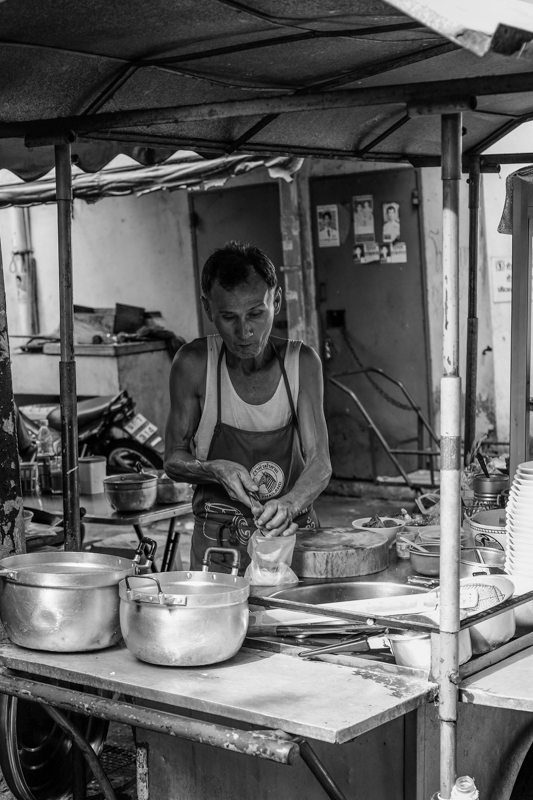 A typical food stall on a side street in Bangkok. On the original color photo, the sun was shining through a blue tarp causing the man’s skin to have a blue tinge. In color, the blue tinge was unacceptable and the image could not be used. Converted to black and white the blue tinge is gone, and the photo is quite usable. 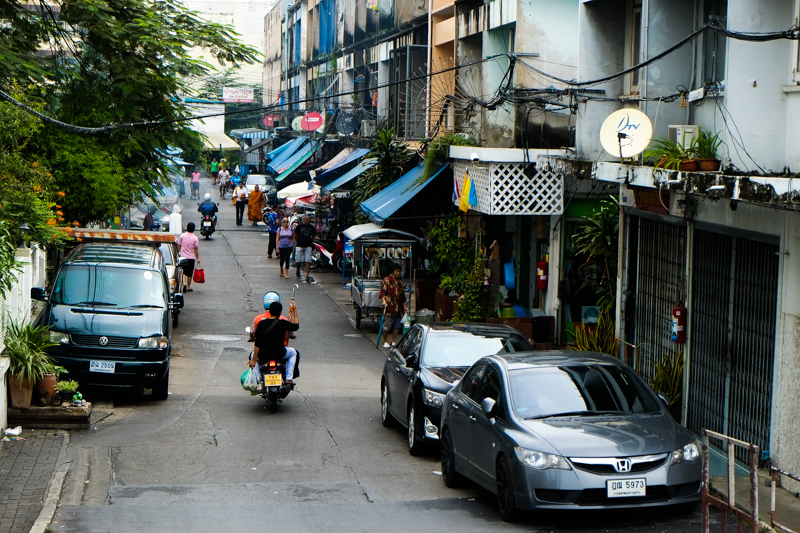 A small side street in Pranakorn district. 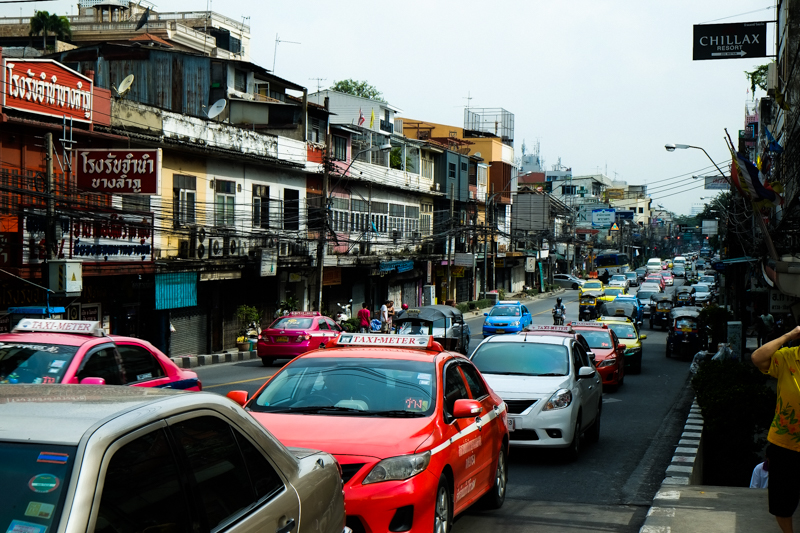 Good luck trying to cross the Prachathipatai Road, and remember to look Right – then Left (opposite from North America). 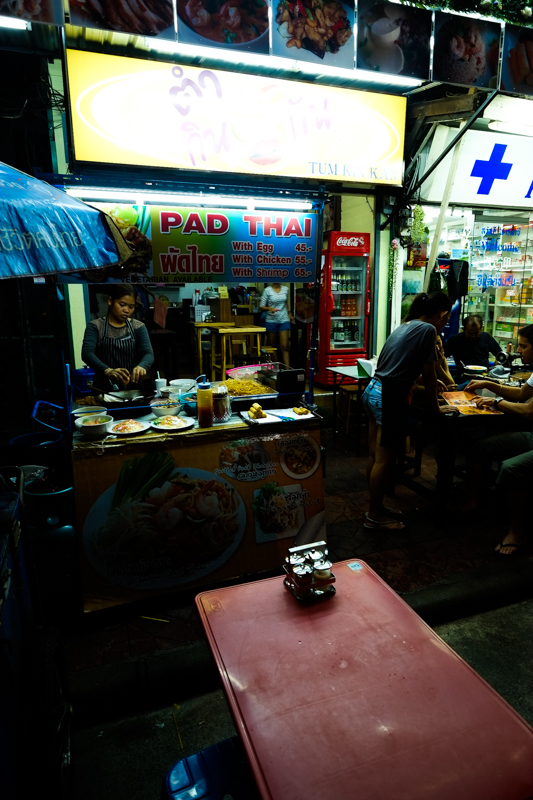 Authentic Pad Thai at a food stall on Khao san Road, in central Bangkok. In former times the street was a major Bangkok rice market, and had now become a “backpacker ghetto”; with cheap accommodation, tour buses depot, many pubs and bars, and small shops that sell everything from handcrafts, paintings, clothes, local fruits, pirated music on DVDs, and second-hand books. At night, the streets turn into bars and music is played, food hawkers sell barbecued fish, insects, and other exotic snacks. 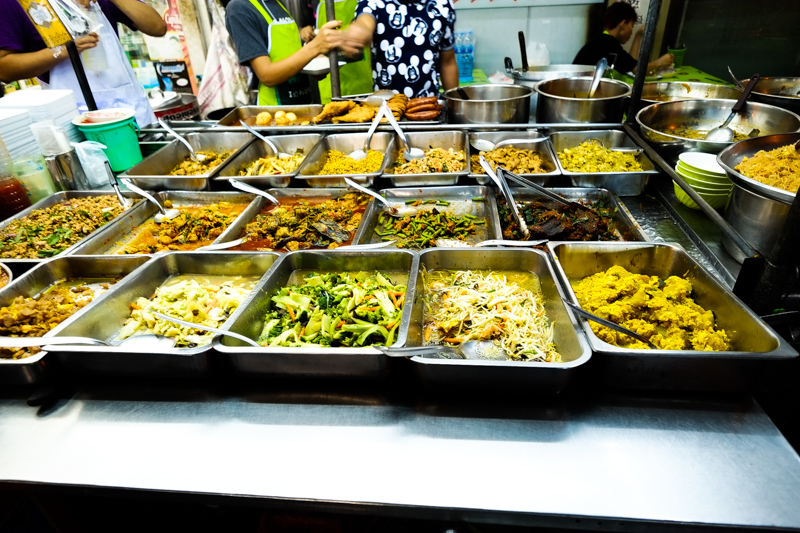 One of the many food stalls on Khao san Road 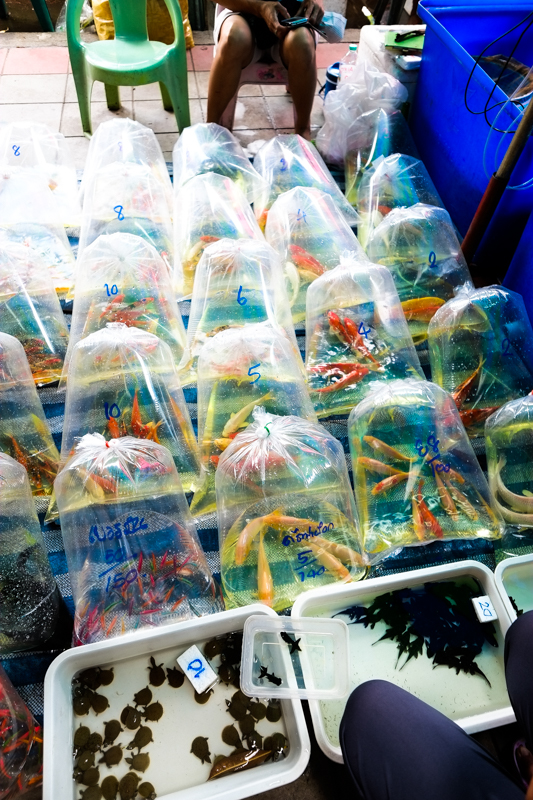 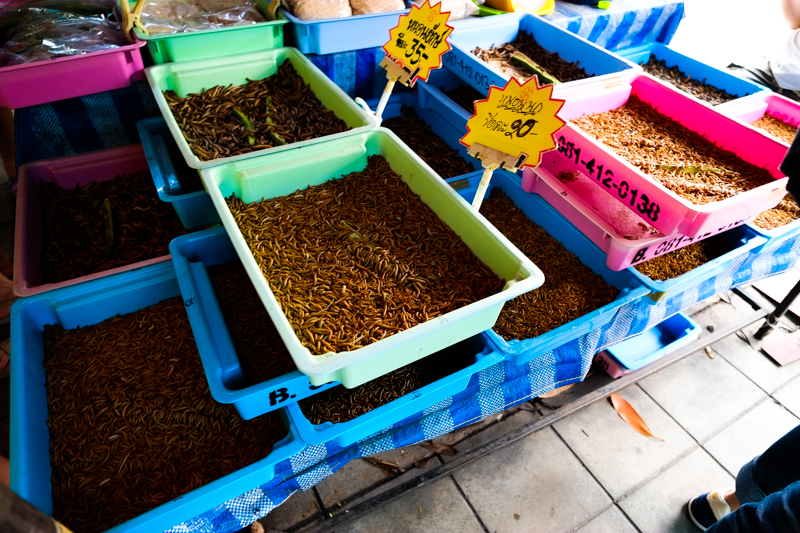 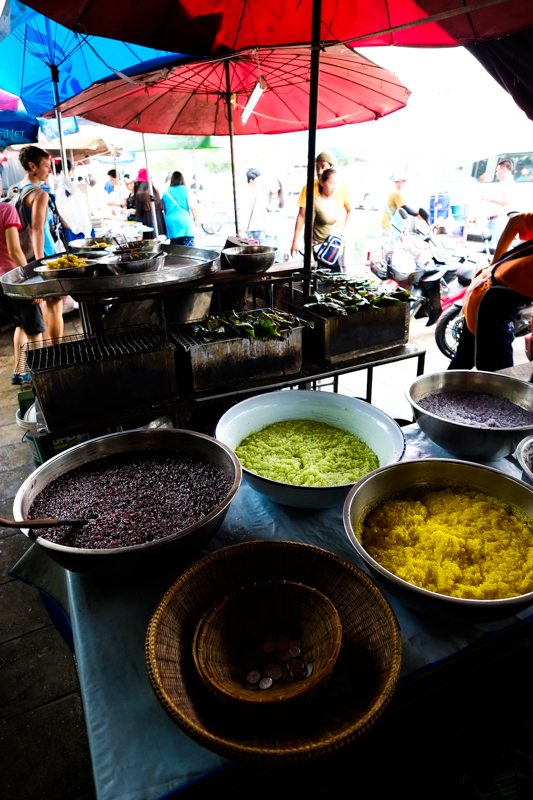 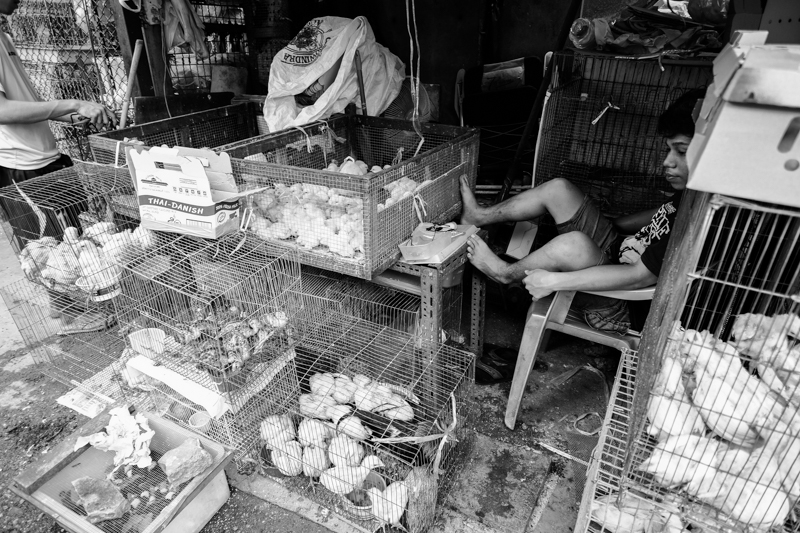 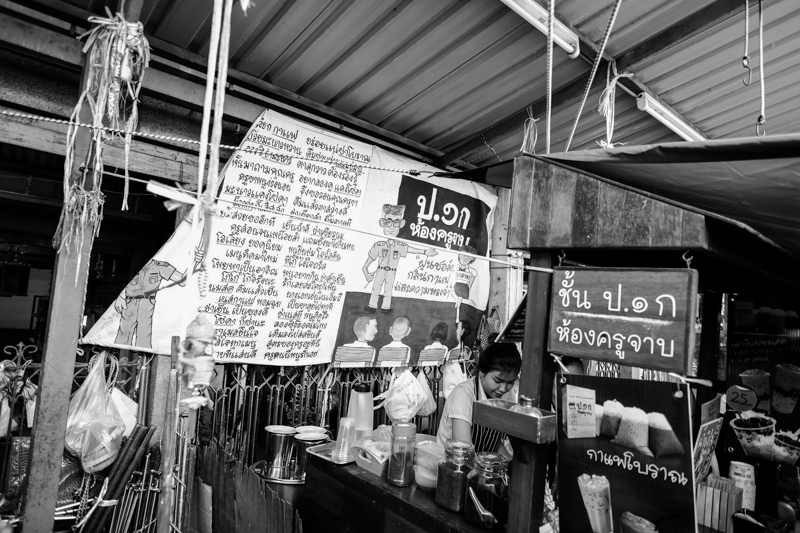 I am not sure what the sign says. Any one read Thai ? 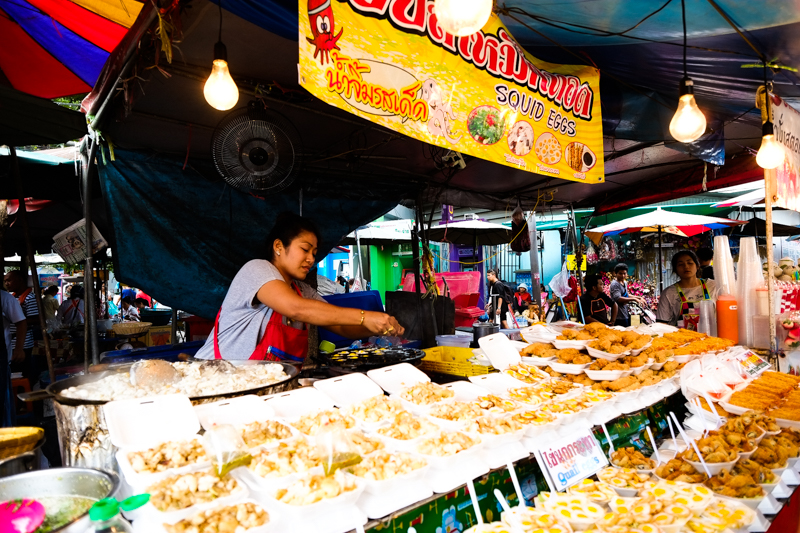 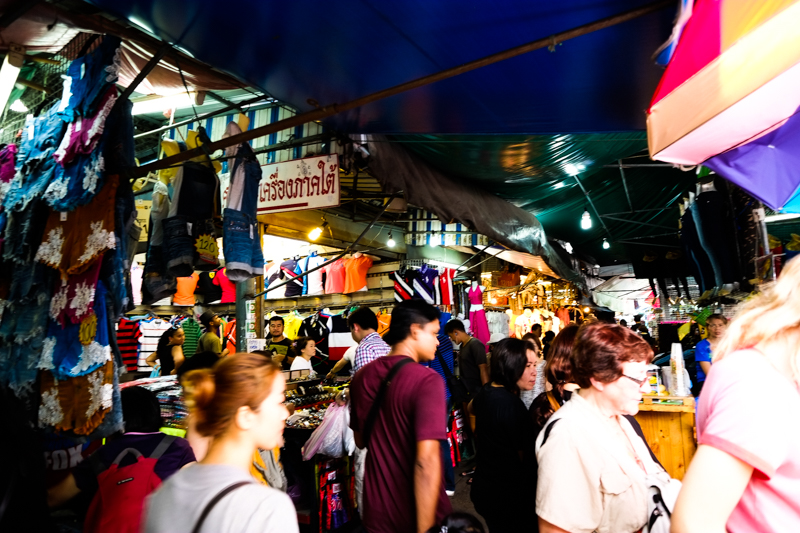 Inside view of the chaos inside the huge Chatuchak Weekend Market 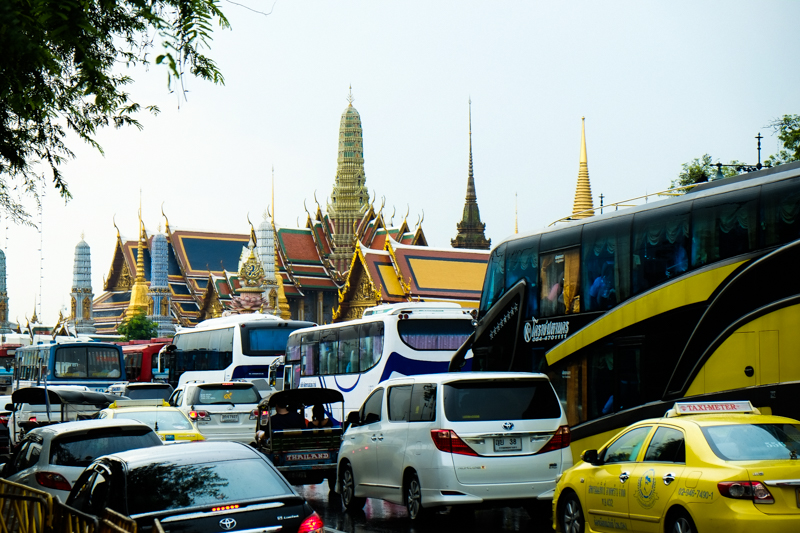 The Grand Palace is a complex of buildings at the heart of Bangkok, Thailand. The palace has been the official residence of the Kings of Siam since 1782. 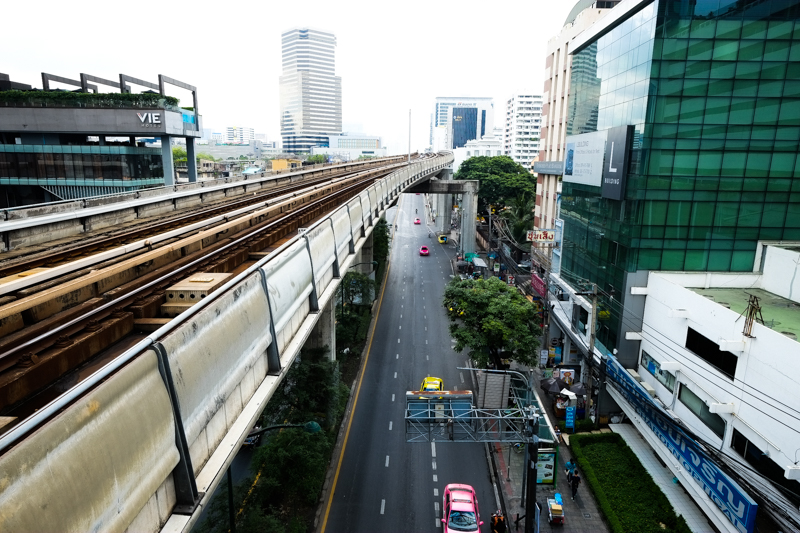 View from the ‘Bearing’ BTS station 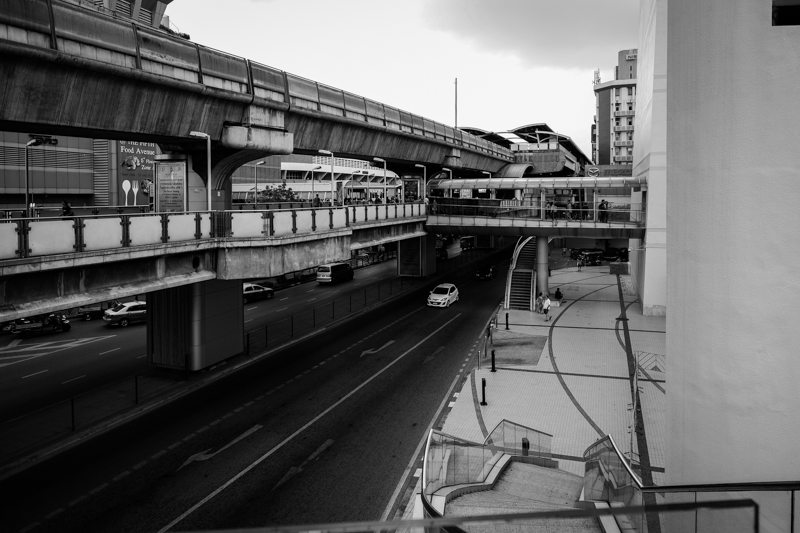 Above ground BTS track, and MBK Shopping Center in the distance. There wasn’t much color in the original photo – shades of bleck grey concrete. In black and white, the tones, and shades are more powerful. 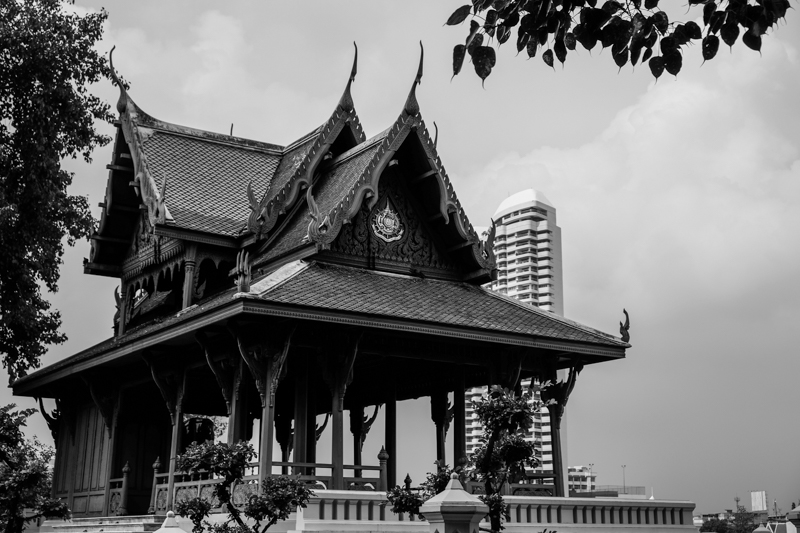 ‘Old and New’. Wooden Wat (Temple) from several 100 years ago, with a modern structure (apartment building). In black and white, the orange-red-gold colors on the temple are now the same shade as the more modern, and drab colored building in the background. 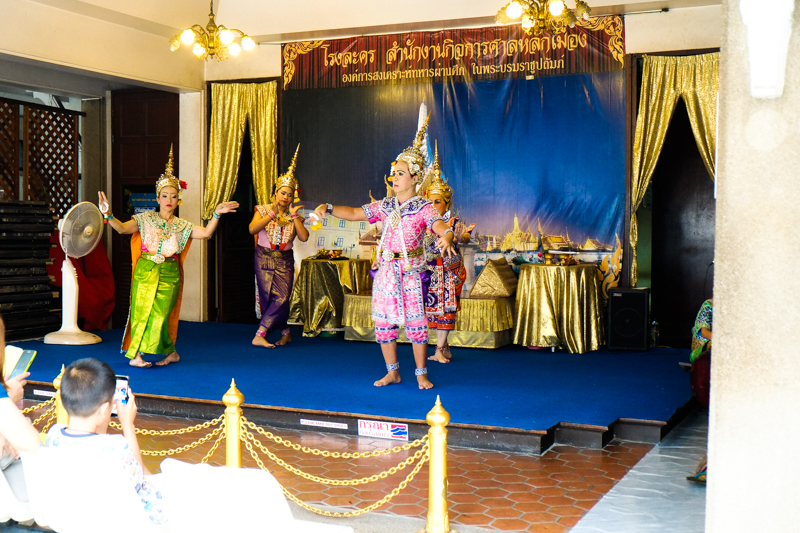 Traditional Thai show. Not sure that the show was about ?? 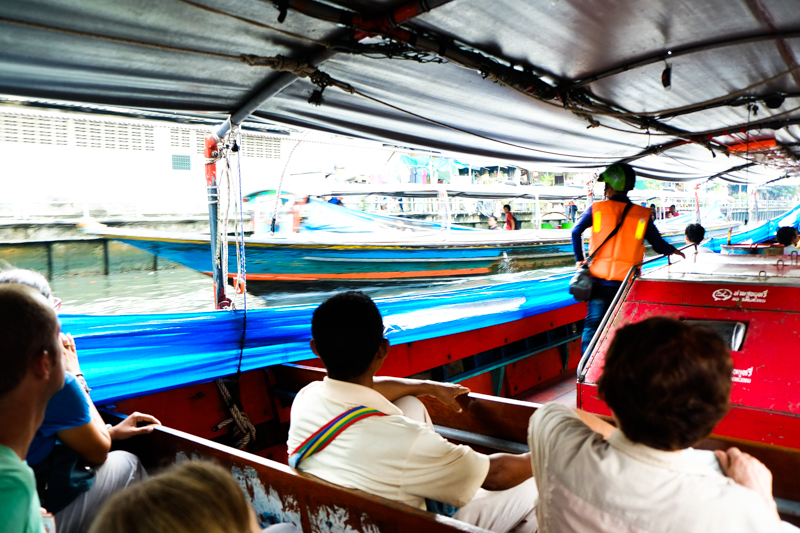 Boat taxi. In many ways, similar to a city bus on a scheduled route, though speeding through the canals and the fee collector wears a life jacket and a helmet. 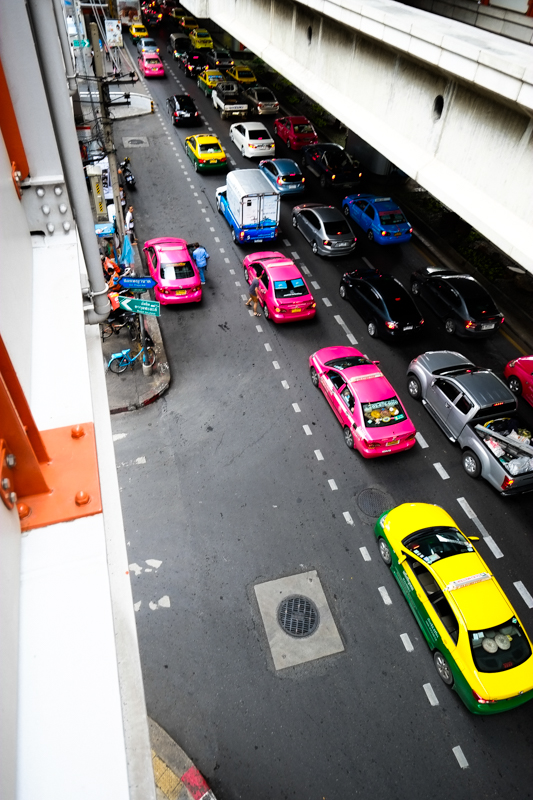 A busy street in Central Bangkok. I love the colors of the cars and taxis; bright pink, and bright yellow. This photo would also look Ok in black and white, showing the range of shades of gray, though in color the insane colors of the cars would be lost. 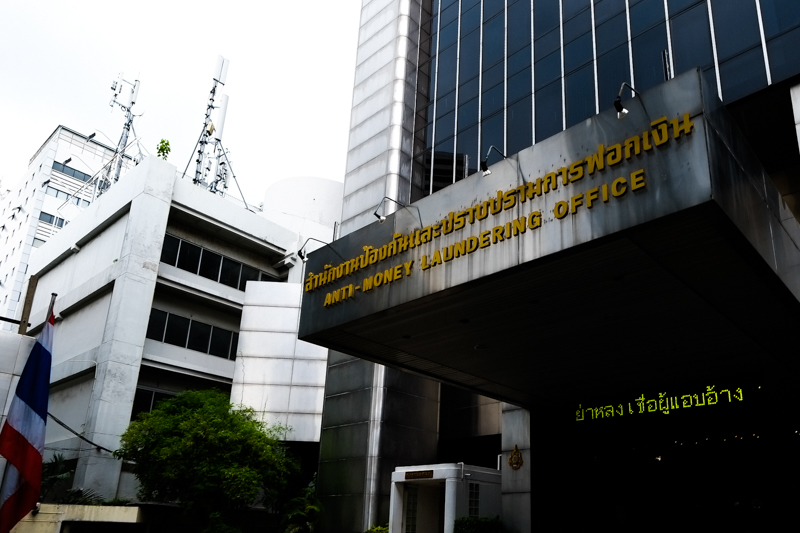 A fancy building in downtown Bangkok – Of course, the ‘Anti-Money Laundering Office’. 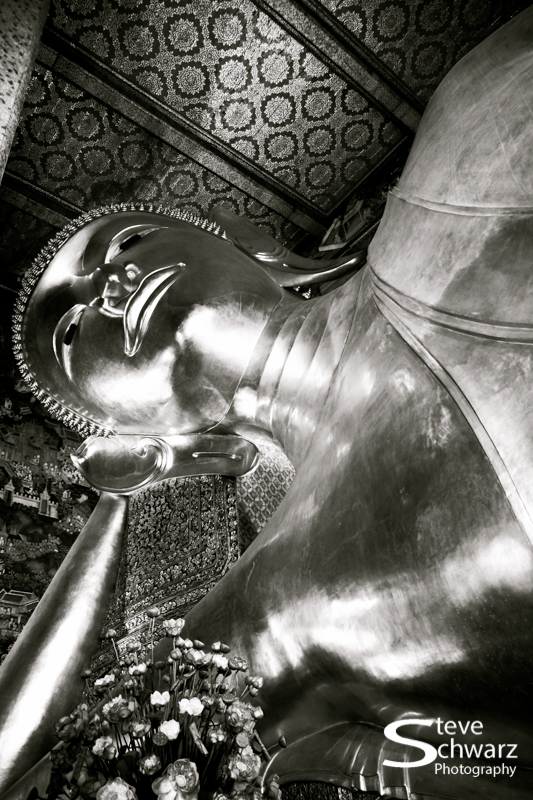 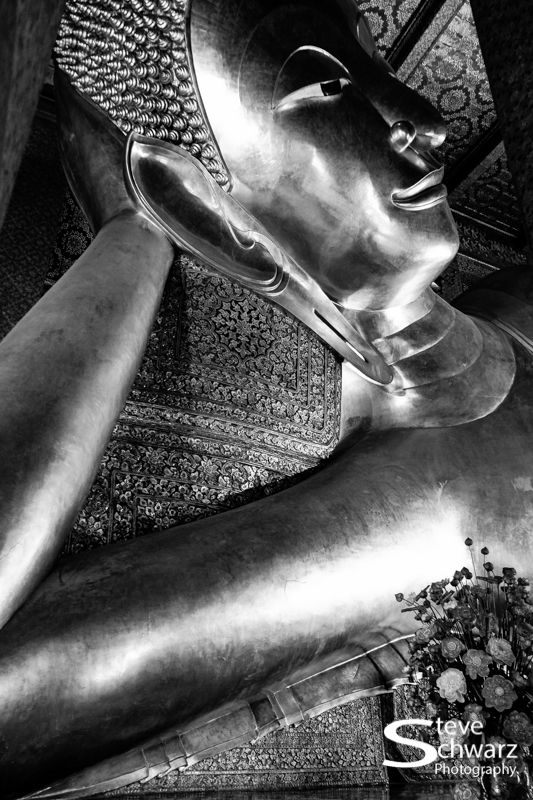 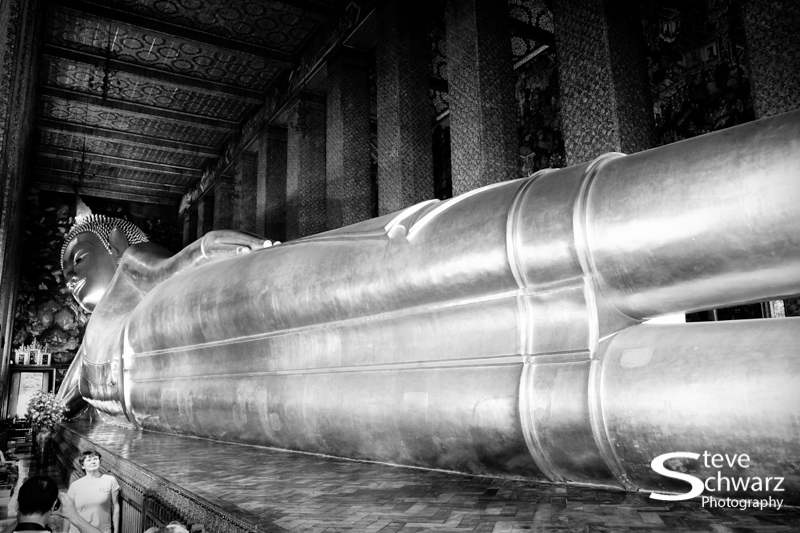 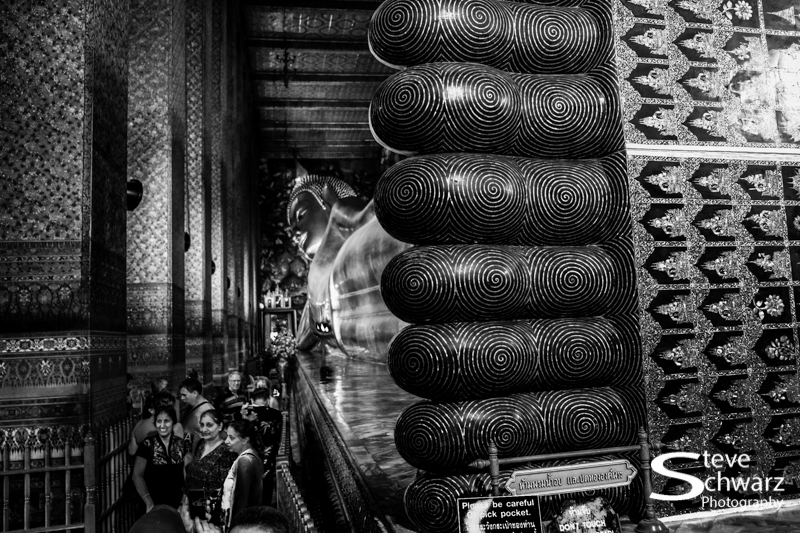 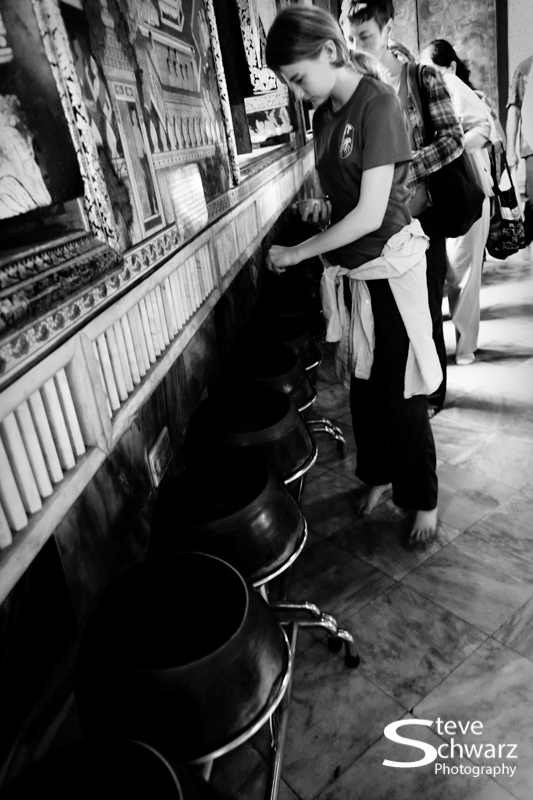 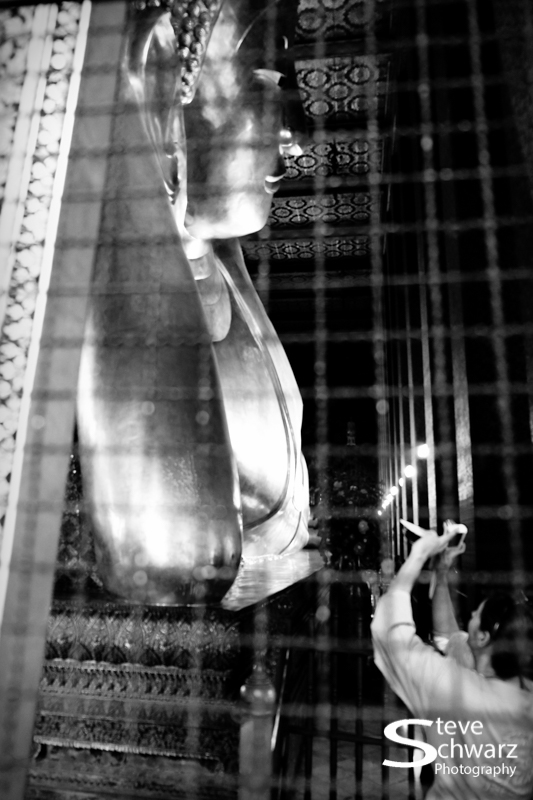 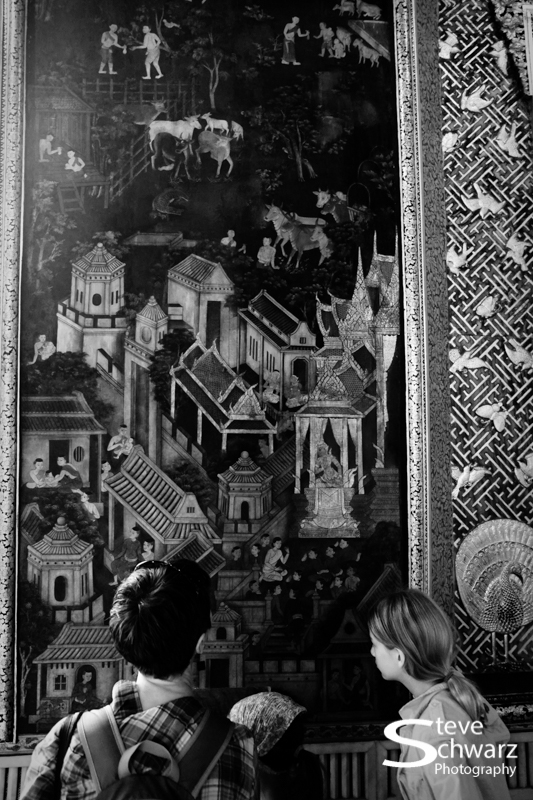 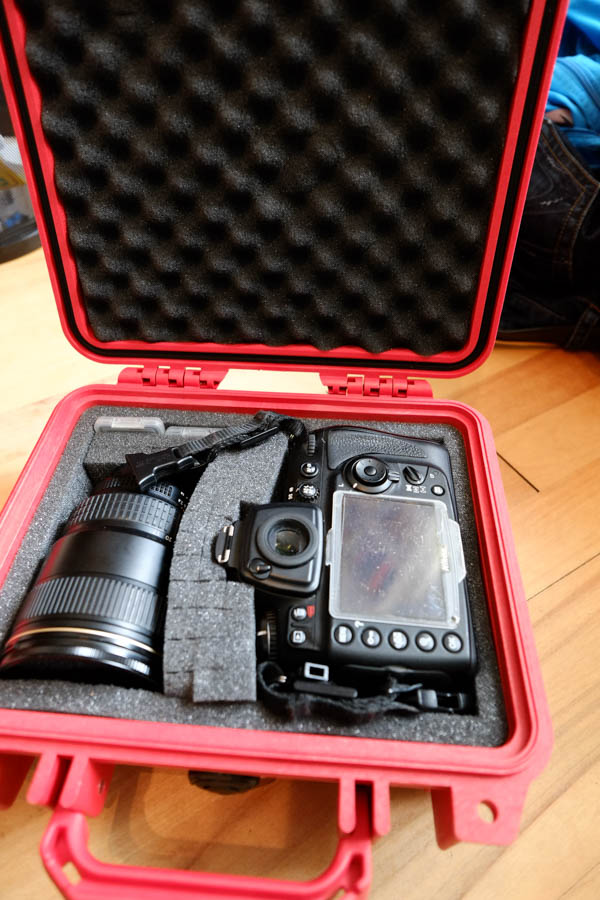 So – We are on a long trip and like everyone else, there is the debate on what to bring – and what to leave behind. Some folks say – “If it doesn’t have more than one use – leave it behind”. For most of our stuff, it is easy to decide – leave it behind. It seemed so easy, until it got down and dirty, real dirty.

My beloved Nikon D700 is the latest item to hit the leave it behind pile.

Of all the things I can leave behind – why my favorite camera ?. Simply, it is too heavy.

Heavy, and also hard to keep safe. At least my neck strap doesn’t say Canon 5D Mark iii, or 6D on it – letting every thief (or robber) within 100 yards that you got the goods.

So…My Nikon and all the extra lenses are now being shipped home, in water proof boxes, to wait until I get back from travelling in another 10 months.

I’ll miss you ol’Nikon. We’ve been good friends these past few years.